Since the beginning of his campaign, Donald Trump has repeatedly called the media «scum» and the «absolute worst» during his speeches, taking visible glee in turning the press into his personal punching bag. On Monday, however, the verbal attacks escalated into an actual physical altercation: A Secret Service agent grabbed a journalist by the throat and slammed him to the ground after the man tried to photograph protesters getting kicked out of a Trump rally in Virginia.

The incident was shocking for many people — but it wasn't a surprise after attending several of his campaign events as a member of the press. Trump is the only presidential candidate whose rallies feature a specific area in the back where journalists are corralled and not permitted to leave. Other candidates have areas designated for the media, but reporters are free to mingle in the crowd to interview people. Leaving the press pen at a Trump rally comes with its own risk, as today's altercation demonstrated. 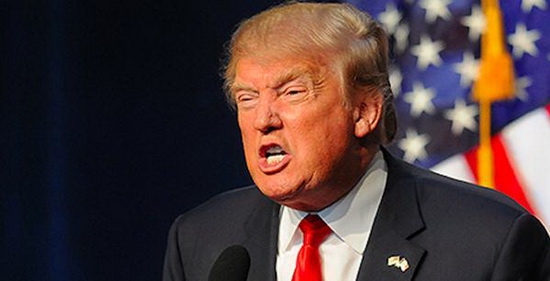 I've learned to accept that uncomfortable encounters with Trump's security and campaign staff are a routine hazard of the job. I repeatedly saw members of Trump's communications team stalking the perimeter of his events on the lookout for any reporters with cameras or microphones. At a rally in Council Bluffs, Iowa, one of his aides forced multiple reporters with cameras back to the press pen, then behind reporters as they interviewed people. The incident on Monday came a day after Trump said he wants to weaken libel laws to make it easier to sue media outlets for negative coverage.

The reporters covering Trump like to exchange cautionary tales about how his campaign treats press. «Did you hear about so-and-so journalist who got blacklisted?» became a common story I heard from several reporters on the Trump beat. I almost became one of those journalists during his caucus night party in Des Moines, when I was standing by the stage waiting for Trump. One of the Secret Service agents spotted my press pass and we locked eyes: «Get back there or I'm gonna start taking credentials,» he boomed in my face. I obeyed and backed up slowly. 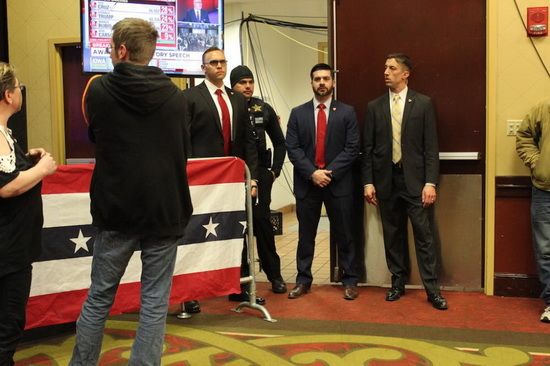 The Secret Service agents who threatened to take away a VICE News reporter's credentials at a Trump rally. (Photo by Olivia Becker/VICE News)

It's a small comfort knowing at least this treatment isn't personal. In November, CNN reporter Noah Gray filmed Trump's campaign manager threatening to take away press credentials from any reporters who dared leave the press pen at a rally.

An NBC reporter named Katy Tur recently tweeted her experience at a Trump rally that was also familiar: «Trump trashes press. Crowd jeers. Guy by press 'pen' looks at us & screams 'you're a bitch!' Other gentleman gives cameras the double bird.»

I've attended campaign events in Iowa, New Hampshire, and South Carolina for all of the GOP candidates (except for Jim Gilmore), and Trump is the only candidate who routinely referred to the media and the Islamic State with equal amounts of disgust. During every speech, he spends a couple of minutes pointing at the press pen and lambasting the media, a schtick that invariably provokes applause and jeers from the crowd.

Olivia Nuzzi, a political reporter for the Daily Beast, has been covering Trump since he announced his candidacy last summer. She has been blacklisted from all of his events since November and kicked off the press email list, but has found covert ways to continue covering him.

When Trump directs the crowd to boo the press during his rallies, «it can be a little scary because I'm usually by myself in this sea of angry people,» Nuzzi said. «But I have also noticed that when you're not wearing a press badge, people treat you differently. People tend to fear the press, and that can be a good thing for your own protection.» 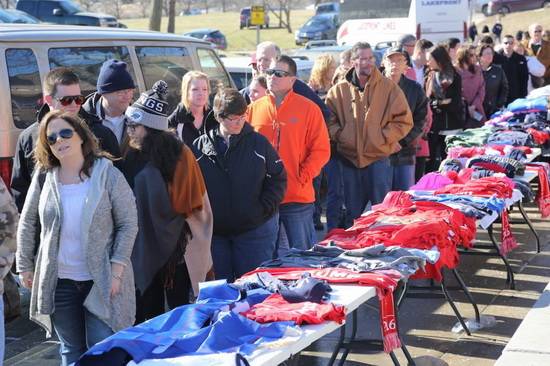 The line to get into a Trump rally in Iowa. (Photo by Olivia Becker/VICE News)

And just like stadium shows, Trump rallies always have people selling merchandise outside his events. I spoke to one vendor named Dan who was selling «Make America Great Again» hats and «Hot Chicks for Trump» buttons at the Trump rally in Council Bluffs. He's worked at other political events but said nothing compares to Trump.

«These Republicans are the funnest ones,» Dan told me. «They tailgate. They're not like your average, typical Republicans.»

A couple of the other Republicans have merchandise too, but Dan says he doesn't bother with them.

«Hell no. For what? To make $200 a rally?» he scoffed when I asked if he did other candidates' events as well. «Trump's always awesome. The crowds for the others are sorry. Sorry.»

Not only does Trump routinely lambast reporters during his rallies, his campaign is unique in that reporters are flat-out barred from entering field offices. I learned this first-hand during a visit to Trump's Iowa headquarters during the state's caucuses. When my camera-toting colleague and I pulled into the parking lot in a strip mall on the outskirts of Des Moines, a half-dozen 20-something bros wearing Trump sweatshirts were chatting outside near a stretch of grass festooned with «Make America Great Again» signs. 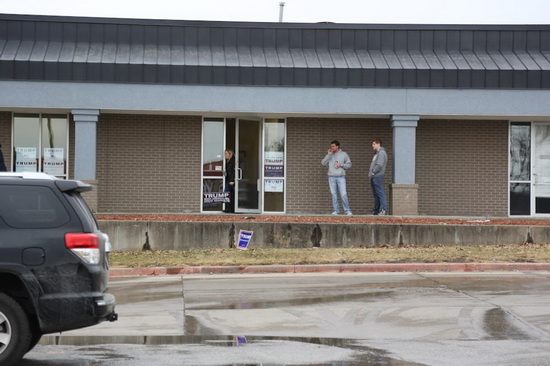 Immediately after we walked in the front door, we were met by six staffers — five of them male — who were standing guard. I introduced myself to the one who looked to be in charge, who gave his name as Bob. He offered a tepid handshake before informing us that we did not have prior authorization to enter. When we tried to cajole him into letting us past the reception, he stepped forward and motioned toward the door.

A similar scenario unfolded three weeks later when I strolled into the Trump field office in Columbia, South Carolina. I had learned my lesson and wasn't wearing any credentials or carrying a camera. I casually asked the intern at the front desk if Trump's spokeswoman was there, but a senior staffer quickly emerged and recognized me as press. «You're going to have to leave,» he informed me.