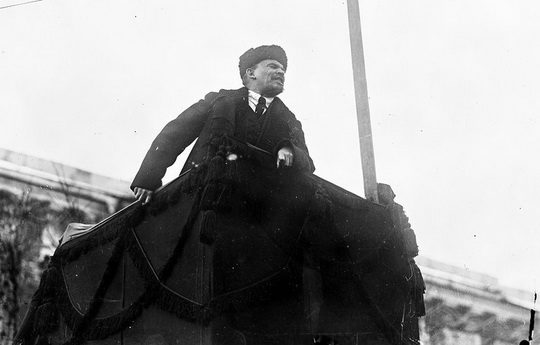 The October Revolution, organized by Vladimir Lenin exactly a century ago, is still relevant today in ways that would have seemed unimaginable when Soviet Communism collapsed. Marxist-Leninism (albeit in the unique capitalist-Maoist form) still propels China, the world’s surging hyperpower, even as that same ideology ruins Cuba and Venezuela. Meanwhile, North Korea, a dystopian Leninist monarchy with nuclear weapons, terrifies the world. Even more surprisingly, Communism is experiencing a resurrection in democratic Britain: Jeremy Corbyn, that quasi-Leninist comfortingly disguised as cuddly grey-beard, is the most extreme politician ever to lead one of Britain’s two main parties, and he is inching toward power.

But Lenin’s tactics, too, are resurgent. He was a sophisticated genius of merciless zero-sum gain, expressed by his phrase “Kto kovo?” — literally, “Who, whom?” asking the question who controls whom and, more important, who kills whom. President Trump is some ways the personification of a new Bolshevism of the right where the ends justify the means and acceptable tactics include lies and smears, and the exploitation of what Lenin called useful idiots. It’s no coincidence that President Trump’s chief campaign strategist, Steve Bannon, once boasted “I am a Leninist.”

One hundred years later, as its events continue to reverberate and inspire, October 1917 looms epic, mythic, mesmerizing. Its effects were so enormous that it seems impossible that it might not have happened the way it did.

And yet it nearly didn’t.

There was nothing inevitable about the Bolshevik revolution. By 1917, the Romanov monarchy was decaying quickly, but its emperors may have saved themselves had they not missed repeated chances to reform. The other absolute monarchies of Europe — the Ottomans, the Habsburgs — fell because they were defeated in World War I. Would the Romanovs have fallen, too, if they had survived just one more year to share in the victory of November 1918?

By 1913, the czar’s secret police had dispersed and vanquished the opposition. Just before the fall of the czar, Lenin reflected to his wife that revolution “won’t happen in our lifetime.” Ultimately, it was a spontaneous, disorganized popular uprising and a crisis of military loyalty that forced Nicholas’s abdication. When that moment arrived, Lenin was in Zurich, Trotsky in New York and Stalin in Siberia.

Lenin initially thought it was “a hoax.” He was lucky that Germany inserted him like a bacillus (via the so-called sealed train) to take Russia out of the war. Back in Petrograd, Lenin, aided by fellow-radicals Trotsky and Stalin, had to overpower erring Bolshevik comrades, who proposed cooperation with the provisional government, and force them to agree to his plan for a coup. The government should have found and killed him but it failed to do so. He succeeded.

Even the “storming” of the Winter Palace — restaged in a 1920 propaganda spectacular as a people’s triumph — was no storming at all. Lenin rages as it took days to seize the main buildings of the government, while the palace itself was taken by climbing through unlocked windows, undefended except for adolescent cadets — followed by a bacchanalia, with drunk Bolsheviks slurping the czar’s Château d’Yquem 1847 out of the gutters.

October might have heralded a short-lived interim, like so many other failed revolutions of that era. Any coordinated attack by White armies, the other side in the Russian civil war, or any intervention by Western forces would have swept the Bolsheviks away. It all depended on Lenin. He was very nearly overthrown in a coup by rebellious coalition partners but he made his own luck, though, by a combination of ideological passion, ruthless pragmatism, unchecked bloodletting and the will to establish a dictatorship. And sometimes, he just got plain lucky: On Aug. 30, 1918, he was shot while addressing a crowd of workers at a factory in Moscow. He survived by inches.

Had any of these events foiled Lenin, our own times would be radically different. Without Lenin there would have been no Hitler. Hitler owed much of his rise to the support of conservative elites who feared a Bolshevik revolution on German soil and who believed that he alone could defeat Marxism. And the rest of his radical program was likewise justified by the threat of Leninist revolution. His anti-Semitism, his anti-Slavic plan for Lebensraum and above all the invasion of the Soviet Union in 1941 were supported by the elites and the people because of the fear of what the Nazis called “Judeo-Bolshevism.”

Without the Russian Revolution of 1917, Hitler would likely have ended up painting postcards in one of the same flophouses where he started. No Lenin, no Hitler — and the 20th century becomes unimaginable. Indeed, the very geography of our imagination becomes unimaginable.

The East would look as different as the West. Mao, who received huge amounts of Soviet aid in the 1940s, would not have conquered China, which might still be ruled by the family of Chiang Kai-shek. The inspirations that illuminated the mountains of Cuba and the jungles of Vietnam would never have been. Kim Jong-un, pantomimic pastiche of Stalin, would not exist. There would have been no Cold War. The tournaments of power would likely have been just as vicious — just differently vicious.

The Russian Revolution mobilized a popular passion across the world based on Marxism-Leninism, fueled by messianic zeal. It was, perhaps, after the three Abrahamic religions, the greatest millenarian rapture of human history.

That virtuous idealism justified any monstrosity. The Bolsheviks admired the cleansing purges of Robespierre’s Reign of Terror: “A revolution without firing squads is meaningless,” Lenin said. The Bolsheviks created the first professional revolutionaries, the first total police state, the first modern mass-mobilization on behalf of class war against counterrevolution. Bolshevism was a mind-set, an idiosyncratic culture with an intolerant paranoid wordview obsessed with abstruse Marxist ideology. Their zeal justified the mass killings of all enemies, real and potential, not just by Lenin or Stalin but also Mao, Pol Pot in Cambodia, Mengistu Haile Mariam in Ethiopia. It also gave birth to slave labor camps, economic catastrophe and untold psychological damage. (These events are now so long ago that the horrors have been blurred and history forgotten; a glamorous glow of power and idealism lingers to intoxicate young voters disenchanted with the bland dithering of liberal capitalism.)

And then there is Russia, the successor to the Soviet Union. President Vladimir Putin’s power is enforced by his fellow former K.G.B. officers, the heirs of Lenin and Stalin’s secret police. Mr. Putin and his regime have adopted the Leninist tactics of “konspiratsia” and “dezinformatsiya,” which have turned out to be ideally suited to today’s technologies. Americans may have invented the internet, but they saw it (decadently) as a means of making money or (naïvely) as a magical click to freedom. The Russians, bred on Leninist cynicism, harnessed it to undermine American democracy.

Mr. Putin mourned the fall of Soviet Union as “the greatest geopolitical catastrophe” of the 20th century, yet he regards Lenin as an agent of chaos between two epochs of national grandeur — the Romanovs before Nicholas II (Peter the Great and Alexander III are favorites) and Soviet Union’s superpower glory under Stalin.

Mr. Putin presents himself as a czar — and like any czar, he fears revolution above all else. That is why it is victory against Germany in 1945, not the Bolshevik Revolution of 1917 that is the founding myth of Putinist Russia. Hence the irony that while the West has been discussing the revolution at length, Russia is largely pretending it never happened. Lenin’s marble mausoleum in Red Square must echo with his laughter because that’s just the sort of serpentine political calculation he would have appreciated.

Simon Sebag Montefiore is the author of “‘The Romanovs,” “Stalin: the Court of the Red Tsar” and the forthcoming novel “Red Sky at Noon.”

This is an essay in the series Red Century, about the history and legacy of Communism 100 years after the Russian Revolution. 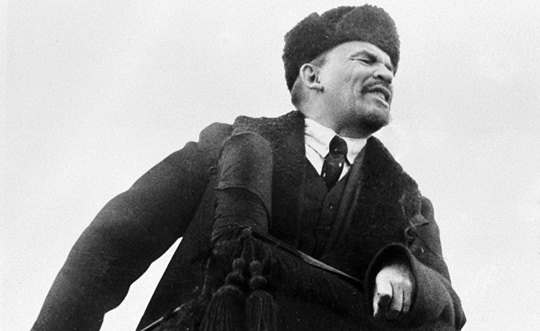