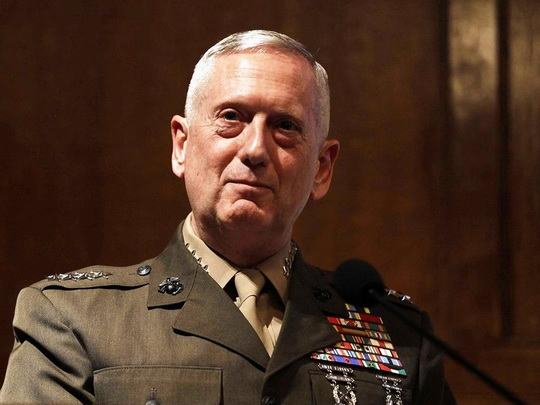 Marine Gen. James Mattis and Kori Schake, a research fellow at the Hoover Institution, on the risks posed by a broadening civil-military divide. The civil-military divide is a term that refers to a growing cultural gap between the broader civilian society and the small percentage of people who currently serve, or have served in the military. But the term and its implications have yet to be clearly defined and understood.

This is the driving force behind “Warriors & Citizens”  but it’s only the first part of a more critical line of thinking explored in the book by retired Marine Corps Gen. James Mattis and Kori Schake, a fellow of Stanford University’s Hoover Institution. 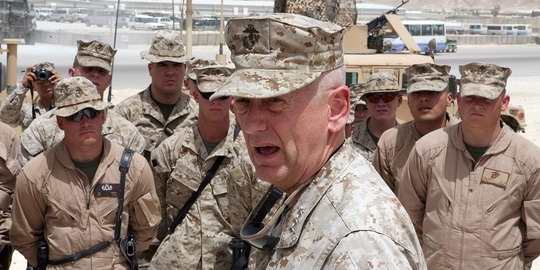 Published in June, “Warriors & Citizens” features research into thousands of surveys of Americans about their views of the military. In-depth analysis from a diverse group of contributors offers a range of perspectives on the civil-military gap and what effect this divide has on civilian-military relations, strategy, and national security.

In 2013 Mattis, stepped down his post as commander of U.S. Central Command and retired after 44 years in the Corps. A renowned Marine general, Mattis holds a sort of cult status among enlisted service members and is widely revered for his candor. He has led U.S. troops at multiple levels during a career that spanned decades and numerous battlefields. Mattis is now a fellow at Stanford University’s Hoover Institution in California, with Schake. She was the deputy director for policy planning at the State Department from 2007 to 2008, director for defense strategy and requirements on the National Security Council during President George W. Bush’s first term, and is a former Pentagon official. 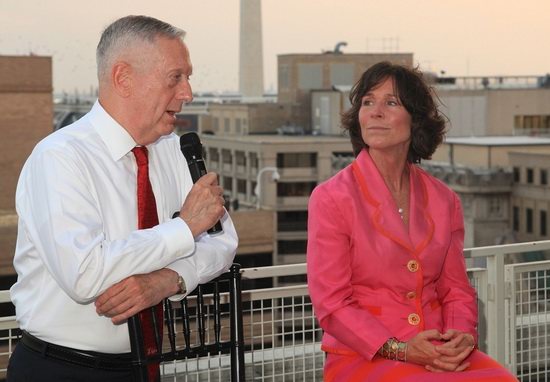 Mattis and Schake spoke with Task & Purpose about “Warriors & Citizens,” the civil-military gap, the strategic implications of such a divide, and what the real-life costs are of having civilian leaders out of touch with the realities of military life and wartime service.

What prompted you to research the cultural gap between civilians and the military? When you began this study, what did you expect to find and were you surprised by the results?

Mattis: We started with the idea that we’ve all heard of civil-military gaps. Many people pontificate at length, but we could not find any data to define it and when you talk to people, the gap or gaps are always redefined by whoever we’re talking to. … We thought we’d take a look at what had happened to civil-military attitudes with an all volunteer force over a decade plus of war and just try to define it as best we could, the idea being that we’d eventually be able to see the “so what” somewhere in there. The “so what” being if there’s a gap, does it matter?

… Probably the most interesting thing, it was not a surprise, was most Americans didn’t know much about the military in terms of encyclopedic data, what was surprising though, except for one self-described group in our country — everyone described themselves either as liberal, very liberal, conservative, very conservative, middle of the road, whatever — except for the very liberals, people who had no idea if the Army was 6,000 men or 6 million, still believed that when given the question of “Does a progressive, classically liberal country like America, need a military with different values, specifically quaint or old fashioned values?” People who had no specific knowledge of the military were overwhelmingly in agreement with that — that you’d need a military with different values to protect that society, except for those self-described very liberals.

Schake: I too was really surprised … To what extent were we as a society able to understand that the military is different from our broad civil society, and one of the things that was most surprising was that younger people, people 18 to 29, even if they were themselves very progressive, were actually quite conservative in their attitudes about the American military. Even if they were very progressive in their own political views, if you said “do you support homosexuals serving openly in the military, or do you support women serving in the infantry,” even people whose initial answer to that question was yes … if you tell them “85% of infantrymen oppose making this change, does that affect your attitude?” They were willing to defer to the military’s own views about its organization, its legal structure, many things that are different in the military from broader society. There was a willingness and understanding, a judgement that the military is different from the rest of society and it’s different for reasons that we ought to be deferential to, and that was a big surprise to us. 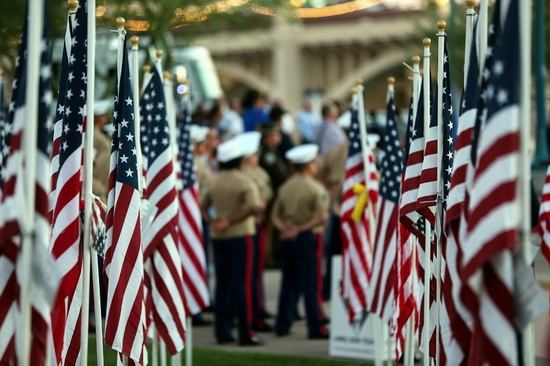 Marines stand at parade rest during a 9/11 remembrance ceremony at the Healing Field in Tempe Town Lake, Arizona, Sept. 11, 2015.

Warriors & Citizens illustrates an interesting dynamic at play: As respect and admiration for the all volunteer military grows, at the same time, trust in elected officials is declining, and all of this is set against a backdrop of growing ignorance about the military. There are many suggestions in your book about the root causes, and possible solutions, can you go over a few? One of the things you mention is that recruitment is skewed toward certain parts of the country, mainly the South and the midwest, does that lead to parts of the U.S. having greater or lesser levels of understanding of the military?

Schake: … Rosa Brooks, one of the terrific authors in the book also made that argument, that the northeast being underrepresented in the all volunteer force requires radical remediation on the part of the military and Jim and I did not agree with that perspective and in general, the policy advocacy that we came to towards the end of the book was not actually that the military needs to be more worried about gaps with civilian society, that civilian society has the responsibility to bridge those gaps. Too often people who are worried about civil-military gaps believe it’s the military’s responsibility to fix. We felt really strongly that civilian society had some work to do, and perhaps the conversation needs to be more with high school guidance counselors and eighth grade civics teachers and not with military recruiters if you want to change that attitude toward joining military service by folks in the northeast.

Mattis: I think that today very few Americans are alive who remember seeing American soldiers and Marines surrendering on Corregidor, Bataan, Guam, Wake Island. There is a sense that we can do what we wish with the Petri dish called the military and there is no consequence, whereas, to those of us who have some experience — when 85% of your combat arms NCOs say “don’t do something,” I would fire on the spot any lieutenant who thought he should override 85% of his NCOs. There needs to be a little more humility and a little more modesty on the part of those who may have statutory, legal, constitutional authority over the military, as they listen to NCOs and junior officers who will actually have the responsibility to try to create unit cohesion, and the gap that exists between the military and civilian world in terms of some of the attributes as an effective military unit, cannot simply be dismissed as being on the wrong side of history as something like this. In fact, the battlefield is its own accounting service and it will hold an audit of the military, and you cannot keep doing things when NCOs and junior officers tell you not to do them, without consequence. Again, going back to Kori’s point, it means there’s work on the part of the civilian society. In the past when we had many members of Congress who had been in the service, or many people in the executive branch had ties to the military, and did not find themselves too busy with other priorities when the draft came years ago, or thought they’d move quickly into making money out of their elite universities, when those people are in positions of authority, they should at least be listening and willing to give consideration to closing that gap, which may mean they have to move from they’re at, and not just expect the military to be ordered to do something to close the gap.

Schake: To underscore Jim’s point, what we believe we see is political elites making choices, legal and social choices, which in very many cases are good and worthwhile things to do, are nonetheless incorporating risk into our military operations, that the people making those choices are not acknowledging. They will treat as humanitarian, or legal, or civil rights issues, things that cut into the battlefield effectiveness of the military. We feel like the decision rule ought to be the one articulated by now retired Marine Gen. John Kelly, which is: “If something does not improve the battlefield lethality of our military, we ought to be very hesitant to undertake it.” 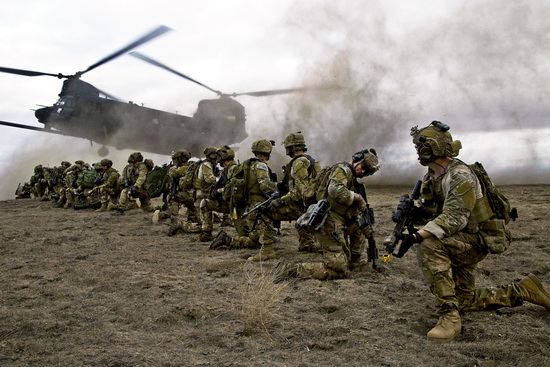 What are the strategic implications of this divide, mainly, ignorance of the military’s capabilities and how it functions?

Schake: You see it in several places. Rosa Brooks’ chapter in the book brought out the fact that you see it in Congress always willing to vote for pay raises, but in ways that are distorting defense spending, such that you have insufficient money for training and procurement. You see it, as Nadia Schadlow’s chapter of the book argued, in a strategic atrophy via political leadership, because they are not being held accountable by an informed public for developing war strategies that are achievable by the resources they are willing to put against them. You see it as Thomas Donnelly argued in his chapter of the book, a tendency on the part of many civilians to view the military as victim, that is, to think only about post-traumatic stress, and not about, as Jim Mattis argues, post-traumatic strength that is drawn from their experience and military service, so it plays out in all sorts of ways across American society.

What is the cost from a decision making point of view, of having political leaders with less direct connection to the military, less skin in the game, from not having served or not having a family member who’s served?

Mattis: I’ve often said that military service is not critical to a person if they have critical problem solving abilities. … I think that civilian leaders who have not been there have to go the extra mile to try to comprehend why some military advice to them is very difficult to accept, because it seems out of step with our values, it may give limitations to political people’s options, I think the gap in experience has to be recognized. You can’t simply say “you weren’t able to explain it well,” because it’s somewhat unexplainable, once you go into war, what it’s like. There’s got to be an openness and a trusted dialogue where motives are not suspect and the gap does not create alienation between our political leadership and our military, and certainly not between our citizenry and the military. The military will often find itself in a very difficult position of trying to reconcile war’s grim realities with the political aspirations of the American people or the American political leaders who are elected for more, generally speaking, positive views of the world. War has its own logic, its own reality. It’s out of step with it.