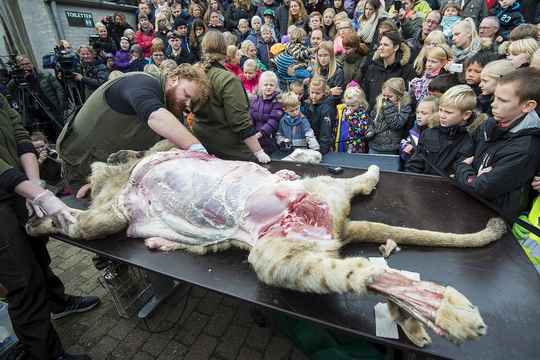 Thursday was a decidedly un-Disney-like day at Denmark's Odense Zoo. Some 300 to 400 children, free from school during the autumn holidays, gathered around the corpse of a nine-month-old lion. The dissection began with a zoo guide, wearing rubber boots and surgical gloves, cutting out the animal's tongue. The wide-eyed audience, mostly children and a smattering of adults, covered their noses to avert the pungent smell.

The spectacle, described by the zoo as a valuable educational opportunity, was met with shock and outrage from other sectors of society. By Thursday afternoon, the zoo's Facebook page was inundated with comments in both Danish and English, some expressed support of the zoo's decision to euthanize and dissect a healthy animal; others called zoo officials «disgusting murderers» and invited them to «rot in the deepest pits of hell.»

While many people may have no have problem with dissecting frogs or even fetal pigs in biology class, or a night out that involves a Disney film full of talking animals followed by a factory-farmed meal at McDonalds, Denmark's approach to animal population control and the teaching of biology seems to be more than many, at least in the United States, can handle.

Peter Sandøe, professor of bioethics at the University of Copenhagen and former chairman of the Danish Ethical Council for Animals, said it comes down to a clash of cultures.

«My way of seeing it is that a lot of urban people in the United States are much more putting animals in boxes — the cute ones that we have to be really nice to, and then the farm animals that we don't care about at all,» he said.

Sandøe said that most of the outcry is coming from the US, the United Kingdom, and Russia. After expressing his support for the public dissection of a giraffe named Marius at the Copenhagen Zoo last year, he received vociferous hate mail, including one letter suggesting that he be euthanized and publicly dissected. The 18-month-old giraffe was served his favorite meal of rye bread before being shot, publicly dissected, and fed to lions.

«Where I come from, you care about all the animals and there is relatively little public debate involving most of the population about pigs and cattle and things like that,» he said. «Following from that, there is a tendency to think an animal is an animal, and the same rational that would cover a pig would also cover a giraffe or a lion.»

The bigger question, according to Sandøe, stems from where zoos stand when it comes to population control. The question of what is more ethical — culling or contraception — is an international «intra-zoo» debate, he said. «Zoos don't kill them for fun, they kill them because they're doing rational breeding.»

Sandøe argued that culling, unlike contraception, gives animals the chance to live fuller lives because they can procreate as they would in nature — even if as a result some of their offspring are then killed for the sake of population control. It's important for the fainthearted to remember, Sandøe urged, that this is not so far from what happens in nature. Only one in ten cubs typically survives in the wild, he said. 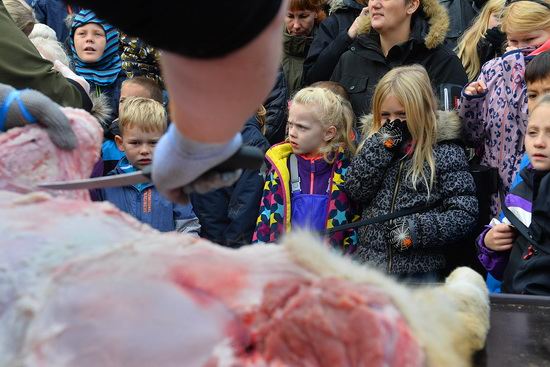 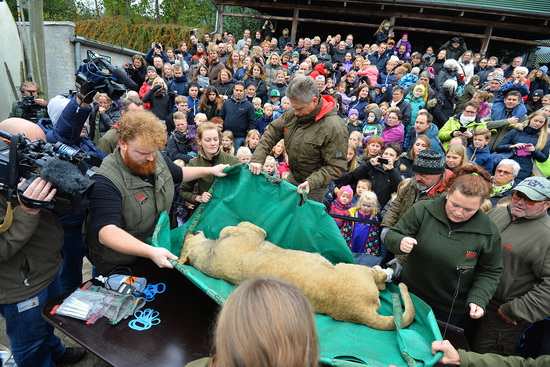 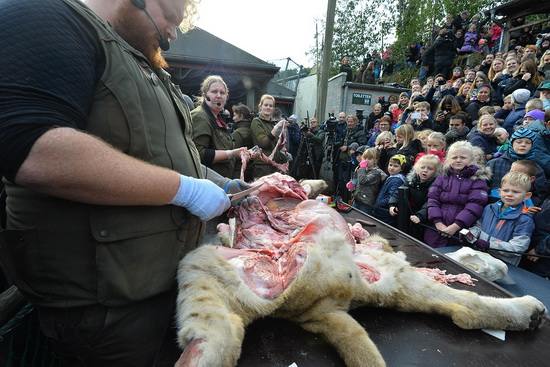 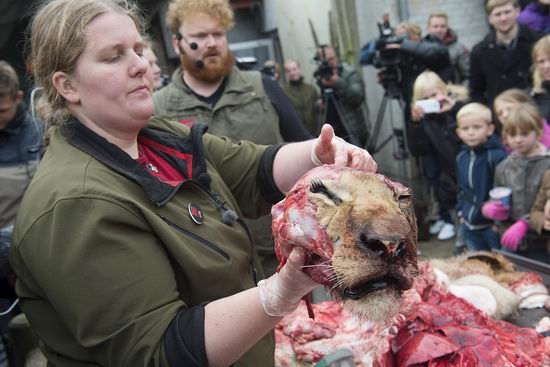 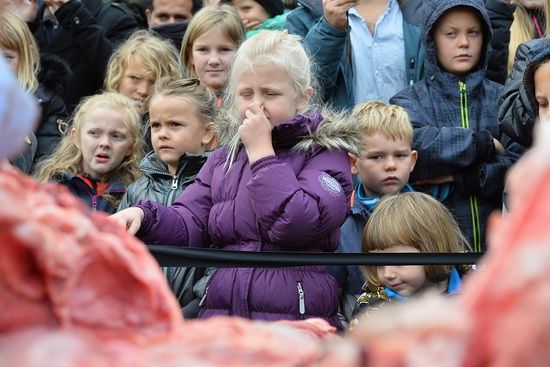 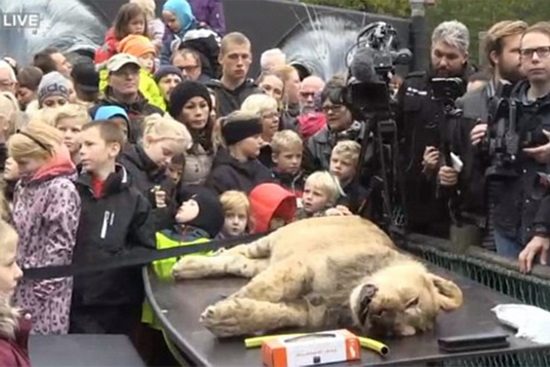 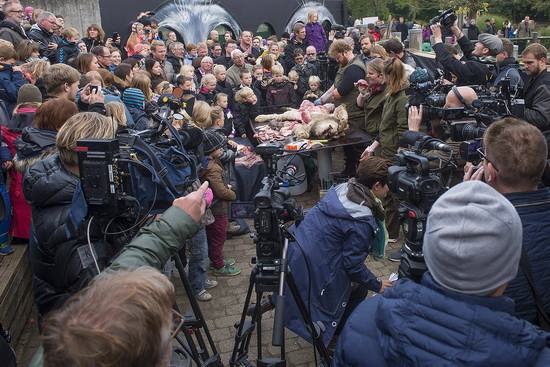 According to Nina Collatz Christensen, spokesperson for the Odense zoo, the furor comes down to a question of personal choice. Onsite during Thursday's dissection, she told media that people who disagree should just stay home. «If they disagree to have zoos and do dissecting, they don't have to visit us,» she said.

In a statement posted to its website, the Odense zoo defends its position, pointing out that it has been dissecting animals in public on a «continuous» basis for the past 20 years.

«We believe in giving animals a good life and a dignified death. If we, with a view to disseminating information, can teach our guests about the anatomy of a lion, for instance, by cutting it up, this is what we do,» the statement reads. «It will, however, always be the individual guest's decision as to whether he/she wants to witness it. Our experiences tell us that children are very curious and always have a lot of good questions during the dissections we have shown.»

The European Association of Zoos and Aquaria supports the zoo's decision to cull and dissect animals, explaining that the «culling of animals is one of a range of scientifically valid solutions to the long-term genetic and demographic sustainability of animal populations in human care.»

Public understanding of a species, the association added, «including the challenges it faces in the wild and the nature of its anatomy, can be well served by such demonstrations.»

People for the Ethical Treatment of Animals, however, described Thursday's dissection as «a nightmare brought to life.»

After Copenhagen Zoo's killing of Marius last year, the group projected a statement in lights at the zoo's entrance reading, «You paid the ticket, Marius paid with his life.»

The reaction of many of the children watching the lion dissection at the zoo this past Thursday should be a lesson to us all, said Sandøe.

«Kids at a certain age are curious and not moralistic,» he said. «Even the smell part is disgusting but it's also fascinating.»