The ruling elites are painfully aware that the foundations of American power are rotting. 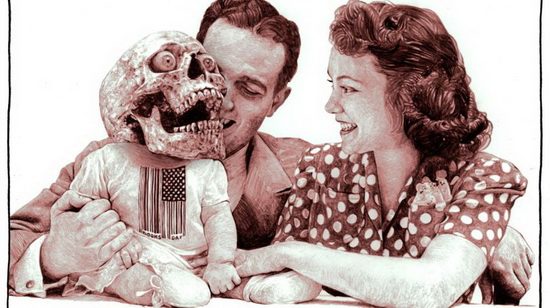 The outsourcing of manufacturing in the United States and the plunging of over half the population into poverty will, they know, not be reversed. The self-destructive government shutdown has been only one of numerous assaults on the efficiency of the administrative state. The failing roads, bridges and public transportation are making commerce and communications more difficult.

The soaring government deficit, now almost a trillion dollars thanks to the Trump administration’s massive corporate tax cuts, cannot be eliminated. The seizure of the financial system by global speculators ensures, sooner rather than later, another financial meltdown. The dysfunction of democratic institutions, which vomit up con artists such as Donald Trump and hold as alternatives inept, corporate-indentured politicians such as Joe Biden and Nancy Pelosi, is cementing into place a new authoritarianism. The hollowing out of the pillars of the state, including the diplomatic corps and regulatory agencies, leaves the blunt force of the military as the only response to foreign disputes and fuels endless and futile foreign wars.

Just as ominous as the visible rot is the internal decay. Among all social classes there is a loss of faith in the government, widespread frustration, a sense of stagnation and entrapment, bitterness over unfulfilled expectations and promises, and a merging of fact and fiction so that civil and political discourse is no longer rooted in reality. The nation’s isolation by its traditional allies and its inability, especially in the face of environmental catastrophe, to articulate rational and visionary policies have shattered the mystique that is vital to power. “A society becomes totalitarian when its structure becomes flagrantly artificial,” George Orwell wrote. “That is when its ruling class has lost its function but succeeds in clinging to power by force or fraud.” Our elites have exhausted fraud. Force is all they have left.

The United States is a wounded beast, bellowing and thrashing in its death throes. It can inflict tremendous damage, but it cannot recover. These are the last, agonizing days of the American Empire. The death blow will come when the dollar is dropped as the world’s reserve currency, a process already underway. The value of the dollar will plummet, setting off a severe depression and demanding instant contraction of the military overseas.

Seth A. Klarman, who runs the Baupost Group hedge fund, which manages about $27 billion, just sent a sobering 22-page letter to his investors. He pointed out that the nation’s ratio of government debt to gross domestic product from 2008 to 2017 exceeded 100 percent and is close to that in France, Canada, Britain and Spain. The debt crisis, he warned, could be the “seeds” of the next financial crisis. He decried the global unraveling of “social cohesion,” adding, “It can’t be business as usual amid constant protests, riots, shutdowns and escalating social tensions.”

“There is no way to know how much debt is too much, but America will inevitably reach an inflection point whereupon a suddenly more skeptical debt market will refuse to continue to lend to us at rates we can afford,” he said in the letter. “By the time such a crisis hits, it will likely be too late to get our house in order.”

The ruling elites, worried about impending financial collapse, are scrambling to cement into place harsh legal and physical forms of control to stymie what they fear could be widespread popular unrest, nascent forms of which can be seen in the strikes carried out by American teachers and the protests by the “yellow vests” in France.

The ruling ideology of neoliberalism, the ruling elites recognize, has been discredited across the political spectrum. This is forcing the elites to make unsavory alliances with neofascists, who in the United States are represented by the Christian right. This Christianized fascism is swiftly filling Trump’s ideological void. It is embodied in figures such as Mike Pence, Mike Pompeo, Brett Kavanaugh and Betsy DeVoss.

In its most virulent form, one that will be expressed once the economy goes into crisis, this Christian fascism will seek to purge the society of those branded as social deviants, including immigrants, Muslims, “secular humanist” artists and intellectuals, feminists, gays and lesbians, Native Americans and criminals—largely poor people of color—based on a perverted and heretical interpretation of the Bible. Abortion will be illegal. The death penalty will be mandated for a variety of crimes. Education will be dominated by white supremacist views of history, indoctrination and the teaching of creationism or “intelligent design.” The pantheon of new America heroes will include Robert E. Lee, Joseph McCarthy and Richard Nixon. The state will portray the white majority as victims.

This Christian fascism, like all forms of totalitarianism, wraps itself in a cloying piety, promising moral as well as physical renewal. The degradation of mass culture with its celebration of sexual sadism, graphic violence and personal dysfunction, its plagues of opioid addiction, suicide, gambling and alcoholism, along with social chaos and government dysfunction, will lend credibility to the Christian fascists’ promise of a return to a “Christian” purity. The cloak of this piety will be used to snuff out all civil liberties.

Central to any totalitarian ideology is a constant inquisition against supposedly clandestine and sinister groups held responsible for the country’s demise. Conspiracy theories, which already color Trump’s worldview, will proliferate. The ruling rhetoric will whipsaw the population, swinging from championing individualism and personal freedom to calling for abject subservience to those who claim to speak for the nation and God, from the sanctity of life to advocating the death penalty, unrestrained police violence and militarism, from love and compassion to the fear of being branded a heretic or traitor. A grotesque hypermasculinity will be celebrated. Violence will be held up as the mechanism to cleanse the society and the world of evil. Facts will be erased or altered. Lies will become true. Political language will be cognitive dissonance. The more the country declines, the more the paranoia and collective insanity will grow. All of these elements are present in varying forms within the culture and our failed democracy. They will become pronounced as the country unravels and the disease of totalitarianism spreads.

The ruling oligarchs, as in all failed states, will retreat into fortified compounds, many of which they are already preparing, where they will have access to basic services, health care, education, water, electricity and security largely denied to the wider population. The central government will be reduced to its most basic functions—internal and external security and collecting taxes. Severe poverty will cripple the lives of most citizens. Any essential service once provided by the state, from utilities to basic policing, will be privatized, expensive and inaccessible to those without resources. Trash will pile up in the streets. Crime will explode. The electrical grid and water systems—decrepit, poorly maintained and run by corporations—will repeatedly turn on and off.

The mass media will become nakedly Orwellian, chatting endlessly about a bright future and pretending America remains a great superpower. It will substitute political gossip for news—a corruption already far advanced—while insisting that the country is in an economic recovery or about to enter one. It will refuse to address ever-worsening social inequality, political and environmental deterioration and military debacles. Its primary role will be to peddle illusions so that an atomized public, fixated on its electronic screens, will be diverted from the collapse and see its plight as personal rather than collective. Dissent will become more difficult as critics are censored and attacked as responsible for the decline. Hate groups and hate crimes will proliferate and be tacitly empowered and condoned by the state. Mass shootings will be commonplace. The weak—especially children, women, the disabled, the sick and the elderly—will be exploited, abandoned or abused. The strong will be omnipotent.

There will still be money to be made. Corporations will sell anything for a profit—security, dwindling food supplies, fossil fuel, water, electricity, education, medical care, transportation—forcing citizens into debt peonage that will see their meager assets seized when they can’t make payments. The prison population, already the largest in the world, will expand along with the number of citizens forced to wear electronic monitors 24 hours a day. Big corporations will pay no income tax or at best a symbolic tax. They will be above the law, able to abuse and underpay workers and poison the environment without oversight or regulation.

As income inequality becomes more massive, financial titans such as Jeff Bezos, worth some $140 billion, will increasingly function as modern-day slaveholders. They will preside over financial empires where impoverished employees will live in run-down campers and trailer parks while toiling 12 hours a day in vast, poorly ventilated warehouses. These employees, paid subsistence wages, will be constantly recorded, tracked and monitored by digital devices. They will be fired when the punishing work conditions cripple their health. For many Amazon employees the future is now.

Work will be a form of serfdom for all but the upper elites and managers. Jeffrey Pfeffer in his book “Dying for a Paycheck: How Modern Management Harms Employee Health and Company Performance—and What We Can Do About It” quotes a survey in which 61 percent of employees said workplace stress had made them ill and 7 percent said they required hospitalization as a result. The stress of overwork, he writes, may cause 120,000 deaths annually in the United States. In China there are an estimated 1 million deaths a year from overwork.

This is the world the elites are preparing for by setting in place legal mechanisms and internal security forces to strip us of liberty.

We, too, must begin to prepare for this dystopia, not only to ensure our survival but to build mechanisms to blunt and attempt to overthrow the totalitarian power the elites expect to wield. Alexander Herzen, speaking to a group of anarchists a century ago about how to overthrow the Russian czar, reminded his listeners that it was their job not to save a dying system but to replace it: “We think we are the doctors. We are the disease.” All efforts to reform the American system is capitulation. No progressive in the Democratic Party is going to rise up, take control of the party and save us. There is one ruling party. The corporate party. It may engage in petty, internecine warfare, as it did in the recent government shutdown. It may squabble over power and the spoils of power. It may come wrapped in more tolerant stances regarding women, LGBT rights and the dignity of people of color, but on the fundamental issues of war, internal security and corporate domination there is no divergence.

We must carry out organized civil disobedience and forms of non-cooperation to weaken corporate power. We must use, as in France, widespread and sustained social unrest to push back against the designs of our corporate masters. We must sever ourselves from reliance on corporations in order to build independent, sustainable communities and alternative forms of power. The less we need corporations the freer we will become. This will be true in every aspect of our lives, including food production, education, journalism, artistic expression and work. Life will have to be communal. No one, unless he or she is part of the ruling elite, will have the resources to survive alone.

The longer we pretend this dystopian world is not imminent, the more unprepared and disempowered we will be. The ruling elite’s goal is to keep us entertained, frightened and passive while they build draconian structures of oppression grounded in this dark reality. It is up to us to pit power against power. Ours against theirs. Even if we cannot alter the larger culture, we can at least create self-sustaining enclaves where we can approximate freedom. We can keep alive the burning embers of a world based on mutual aid rather than mutual exploitation. And this, given what lies in front of us, will be a victory. 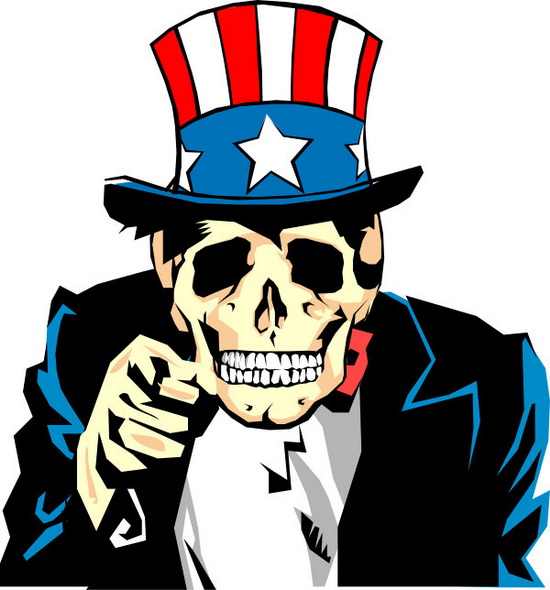