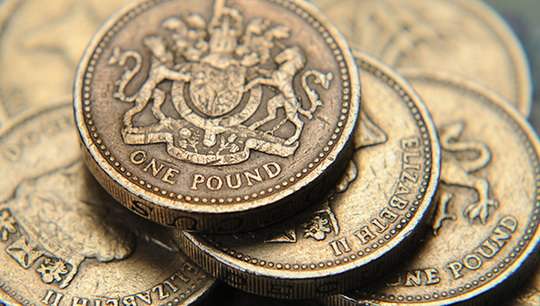 David Cameron gave his keynote speech at the Conservative Party conference in Manchester last week and there was a definite change in the political wind with an attempt to move towards the centre ground. He said that central to tackling big social problems is an all-out assault on poverty. Perhaps, Cameron could see the Conservatives being seen as the ‘nasty’ party again, some have said that this is the true man.

Amongst others things he mentioned that if the Conservatives understood the problem there was a need to tackle the root causes of poverty and that the best route out of poverty is work – “It’s simple, get the adults a job”. “So let the message go out: if you work hard, want to get on, want more money at the end of the month…the party for you is right here in this hall”.

Yvette Cooper made poverty central to her leadership campaign.

The truth about poverty in Britain is much more wide ranging and deeply ingrained and David Cameron, no matter what his motivations has little or no chance of making meaningful reductions whilst the status quo remains in place.

The UK economy has just about doubled in size since the early 1980s – yet the number of those suffering below-minimum living standards has increased by more than double, a study claims. In addition, the study determines the number of British households falling below minimum living standards has more than doubled in that same period of about 30 years. It’s the same in the US. 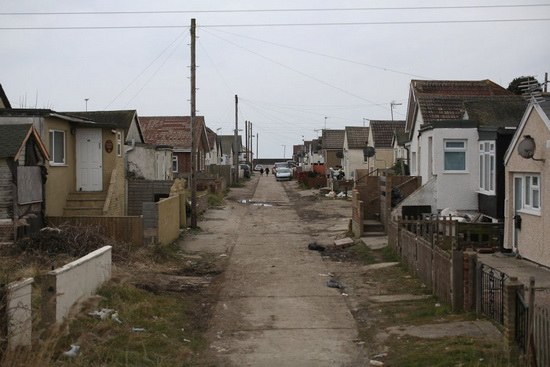 According to a study by Poverty and Social Exclusion (PSE), 33% of all UK households endure below-par living standards – defined as going without three or more “basic necessities of life”, such as being able to adequately feed and clothe themselves and their children, and to heat and insure their homes. In the early 1980s, the comparable figure was 14%. A 140% increase.

Almost 30% of working women are earning less than the living wage. The figures also showed nearly 50% of young people are on low wages in London, with the figure rising to 58% outside the capital. In all, this accounts for 6 million hard working people, the number jumping 19% in just four years.

Billed as the most detailed research study ever of poverty in the UK, PSE claims that nearly 18 million Britons live in poor and inadequate housing conditions and that 12 million are simply too poor to take part in all the basic social activities. It reiterates that one in three people cannot afford to heat their homes properly, while 4 million adults and children are not able to eat healthily. 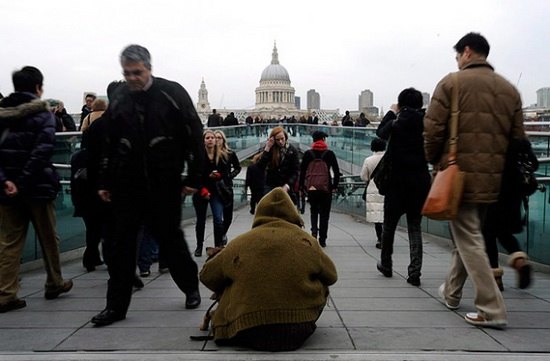 Having a job does not prevent British families from facing tough living conditions either. The research determined that many households were financially struggling with the aforementioned and had at least one adult in work.

One thing is clear, attempts by government to tackle overall poverty has failed. Poverty and deprivation has increased. The poor are suffering from deeper poverty and the gap between the rich and poor has widened considerably in the last 30 years.

It is interesting what this high quality, scientific evidence highlights. The statistics show that poverty has come about due to the cost of housing, cost of heating, the cost of clothing and food – these are the basic measures of poverty.

Successive governments in Britain since the Thatcher era have gone down a political ideology leading to over 4 million council homes being sold off in the ‘right-to-buy’ scheme that eventually saw 40 percent of them in the hands of private landlords. Another 1.3 million under Cameron are heading that way.

The selling of council homes stock was accompanied by the slashing of housing budgets and ever more draconian controls on local authority borrowing and spending. The result was large rent rises, falling house building and, by 1986, an estimated £19bn repair backlog for council homes and £25bn for private sector homes. The more the Conservatives cut and financially constrained, the more privatisation became the norm for both tenants and local authorities. The Conservatives also introduced greater powers for private landlords and liberalised mortgage lending for buy-to-let investment (continued by Labour) to boost the private rental sector and help to develop major property companies, agencies and estate agents.

This 30 year strategy has led to a housing crisis with home ownership now a dream more than an aspiration for millions of ordinary hard working people. The average deposit today to buy a property now stands at over £70,000 or £41,000 if you’re a first time buyer. 40% of property sold in the UK today are to wealthier cash buyers.

Successive governments in Britain have also supported privatisation of the state infrastructure.

Surging energy prices was the universal experience of everyone after privatisation that is now having a savage consequence for household discretionary incomes. Thousands of old people will certainly die this winter again as a result of the corporate deception that some like to euphemistically label a ‘regulated’ market – designed in large part by the same John Major who you may remember called for the introduction of a windfall tax on energy profits as even he can see the awful consequences on an already strained working class. 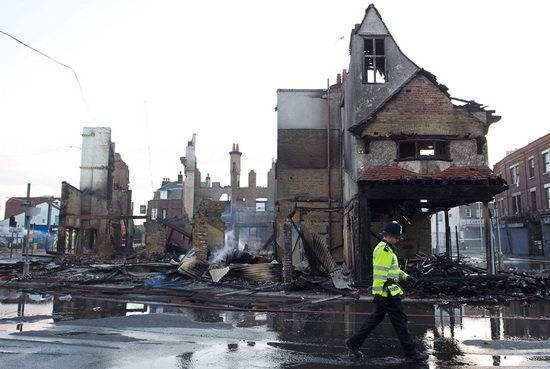 During the winter months, an elderly person dies every seven minutes in Britain due to being too cold in what is called ‘fuel poverty’. That’s 206 deaths every day or 25,000 per season. For five million pensioners, heating bills are a major concern.

Then we had water privatisation. Prices rose by over 50% in the first 4 years and privatised water companies are planning to increase prices by 40% by 2020.

Food prices are predicted to rise faster than incomes every year until 2018, and that was a statement made in 2013 that has only got worse. Meat and fresh fruit and vegetables becoming only an occasional treat for many as we now have ‘food poverty’. Over 2 million people in the UK are estimated to be malnourished, and 3 million more are at risk of becoming so.

Amazingly, 36% of the entire UK population are just one heating bill or a broken washing machine away from hardship with 1 in 6 parents going without food themselves to afford to feed their families.

At the end of the 19th century about 25% of the population was living at or below subsistence level. Surveys indicated that around 10% were very poor and could not afford even basic necessities such as enough nourishing food. Not much has changed then.

The scenery of the ‘cost of living crisis’ saw British workers suffering the biggest drop in real wages of all major G20 countries in the three years to 2013, according to the International Labour Organisation. It gets worse. A report at the end of 2014, by the Office for National Statistics (ONS), found that overall wages having fallen for six years in succession and are now at levels last seen 14 years ago.

According to an annual report, “Monitoring Poverty and Social Exclusion 2014” by the Joseph Rowntree Foundation, based on research by the New Policy Institute, as many of the poor now live in working households than in non-working households.

Leading charities and independent experts now state that child poverty is on course for the biggest rise in a generation, reversing years of progress that began in the late 1990s that saw Tony Blair’ government half child poverty in just eleven years from 1999 to 2010.

Enver Solomon, of the National Children’s Bureau, said: “Over the next five years, as austerity bites, we risk creating a country where poverty is so stark that children grow up in parallel worlds where rich and poor families have entirely different lifestyles that are poles apart.”

London is the sixth richest city in the world, it provides 20% of UK ‘s GDP and yet alongside prosperity lives poverty. 4 in 10 London children now live in poverty. In some inner city areas of London it’s 50%. Britain is now on the approach to having one third of ALL its children living in poverty. 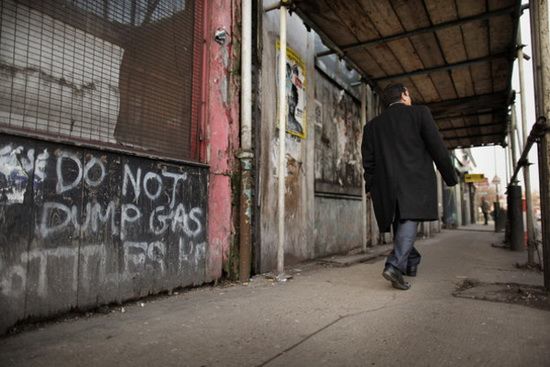 The reasons for increased poverty are both complicated and simple. There has been a massive increase in the profits of corporations in the last three decades accompanied by a 140% increase in overall households falling into poverty as a result of suffering the effects of real declining wages and terms of work. In just the last 15 years, property prices have risen by about 250% in the UK. Private renting has soared in the last decade, and now 2 million sit patiently on a council housing list.

Almost 40% of British families don’t have enough money for a socially acceptable standard of living. Hardly surprising when Britain is the only country in the G7 group of leading economies where inequality has increased this century.

Given the political will, which is little more than token words along with general corporate greed, David Cameron’s words on meaningfully reducing poverty in his final few years as PM are only as absurd as it is unattainable.

The original source of this article is True Publica 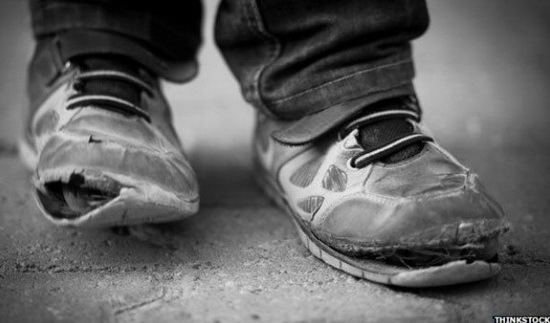