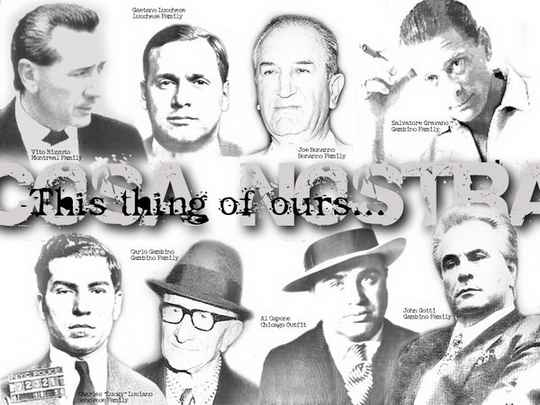 The Cosa Nostra mob is alive and well in the northeastern US, and a federal sweep just netted dozens of alleged members. As part of a far-reaching federal investigation, dozens of alleged mafia bigwigs and members — many with colorful names like «Fish», «Tony the Cripple», «Muscles» and «Tugboat» — were charged this week for their alleged roles in a long-running and elaborate racketeering conspiracy. 39 of the suspects were arrested just this week, and hail from mafia families under the umbrella of Cosa Nostra, ranging in ages from 24 to 74. The suspects were picked up from Miami to the Bronx, including in Springfield Massachusetts, and New Haven, Connecticut.

The indictment, which was unsealed this week, reads like the script of Goodfellas or any other mafia classic, «where extortion, illegal gambling, arson and threats to 'whack' someone are carried out along with some modern-day crimes of credit card skimming,» FBI Assistant Director-in-Charge Diego Rodriguez said in a statement, adding that the arrests show that the mafia still exists beyond the fictional realm of The Sopranos.

The organization, which federal investigators dubbed the «East Coast LCN Enterprise» or more, simply «The Enterprise», sought to enrich its members or through an array of illicit practices, relying on threats of violence or economic harm to pacify and intimidate everyday citizens. LCN is the acronym law enforcement types often employ for «La Cosa Nostra,» the Italian for «our thing» — long the name favored by mobsters themselves, who would never get caught saying the word «mafia.»

Anthony Zinzi (aka Anthony Boy) and others from the Enterprise ran an illegal gambling establishment called the Yonkers Club. A few times a week, according to the indictment, the Yonkers Club held poker tournaments, dice tournaments and bet on horse races. When a competitor opened up shop around the corner, a club henchman, Mark Maiuzzo (aka «Stymie») poured gasoline on his car and lit it on fire.

The indictment claims that Genovese family capo Pasquale Parrello (aka Patsy) ran a crew out of his and his wife's Bronx restaurant, «Pasquale's Rigoletto Restaurant» – a «neighborhood staple & post-Yankee-game favorite with classic Italian red-sauce dishes» that has four stars on Yelp.

Court documents allege that Parrello asked Zinzi, Ronald «The Beast» Mastrovincenzo and Israel Torres (aka Buddy) to «break» a local panhandler's knees for harassing some female customers in the restaurant parking lot.

Mastrovincenzo and another member, who later became a confidential informant, found the panhandler and beat him. According to a New York State wiretap quoted by the DoJ in their press release, Mastrovincenzo boasted to Zinzi about the severity of the beating. «Remember the old days in the neighborhood when we used to play baseball?» he asked. «A ball game like that was done.» All four men worked together to hide the evidence. 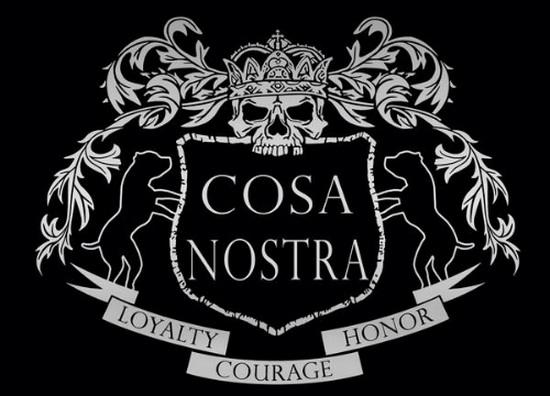 The indictment also reveals a litany of other schemes, like selling contraband cigarettes, gun trafficking, loansharking, and health insurance fraud which used «corrupt doctors» to write numerous and unnecessary prescriptions for «Prescription Compound Cream» which were then billed to health insurance providers,

«Today's mafia is fully diversified in its boundless search for illegal profits,» Manhattan US Attorney Preet Bharara said. «And as alleged, threatening to assault, maim and kill people who get in the way of their criminal schemes remains the go-to play in the mob's playbook.»

«The charges applied today to these 46 individuals deal a significant blow to La Cosa Nostra, which the NYPD is committed to putting out of business,» New York Police Department Commissioner Bill Bratton said. «in typical mob fashion, the rackets ran from Springfield to South Florida and left no scheme behind.»