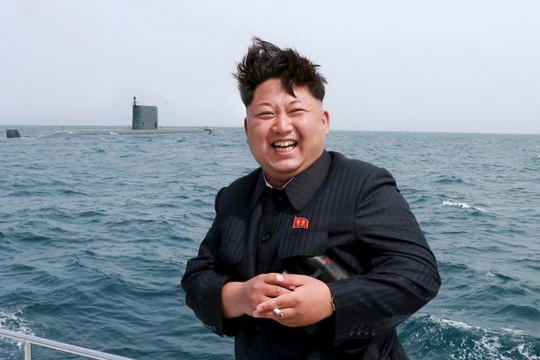 North Korea launched a ballistic missile on Saturday evening, according to South Korean officials, further sparking concerns about the hermit kingdom's nuclear capabilities. South Korea's Joint Chiefs of Staff (JCS) said on Sunday that North Korea fired the missile from a submarine around 6.30 pm off its east coast in the Sea of Japan.

According to Yonhap News Agency, a publicly-funded South Korean news service, the missile «flew for a few minutes» but could not say whether the launch was successful or not.

A ballistic missile is a guided projectile which delivers a warhead to a predetermined target.

The news of the launch comes ahead of a long-awaited Workers' Party of Korea congress, slated for early May. The ruling communist Workers' Party has not held a congress since 1980. Analysts say that Kim Jong-Un, 33, likely sees the congress as an opportunity to flaunt his leadership skills, and would probably carry out more militaristic provocations before May.

Saturday's ballistic missile launch is just one in a series of incendiary moves by Pyongyang this year, leading to heightened tensions between North and South Korea. In January, North Korea carried out its fourth nuclear test — in spite of international sanctions — followed by a long-range rocket launch. 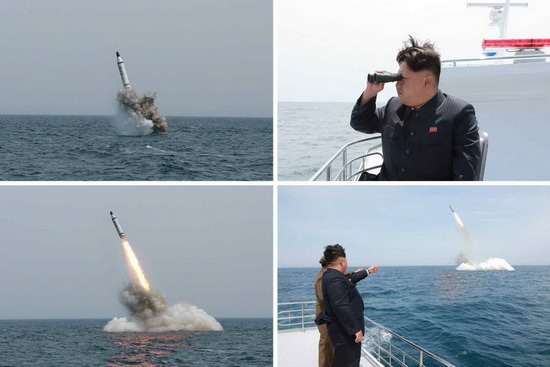 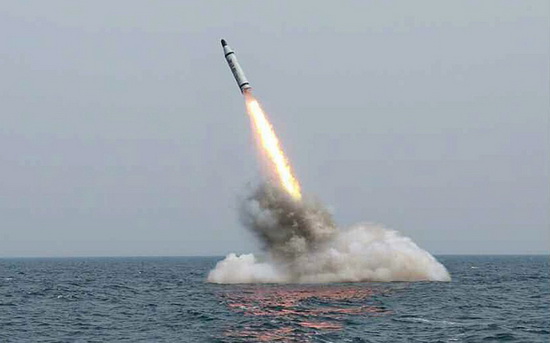 Last May, Kim boasted that North Korea had successfully attempted a launch of a submarine-based missile, a «world-level strategic weapon.» The attempted launch sounded the alarm that the hermit kingdom could be developing a weapons system capable of mounting a threat to its neighbors and to the United States. However, Kim is a notorious exaggerator, and often employs state media to skew or overblow militaristic endeavors as more successful than they actually were. For example, last May Kim claimed, via state media, that he was present when the missile «soared into the sky from underwater.»

South Korea has remained on high alert, fearing the possibility that their northern counterpart could conduct its fifth nuclear test «at any time» in defiance of stringent UN sanctions which were imposed after Pyongyang set off a hydrogen device in January.

According to United Press International (UPI), US and South Korean military surveillance captured movements at North Korea's Punggye-ri nuclear site last week, indicating that Pyongyang might be preparing for its fifth nuclear test.

Local South Korean television network SBS, citing military officials, said that the test could happen as early as Saturday. According to surveillance footage and satellite imagery, a significant number of vehicles and other equipment had suddenly disappeared from the Punggye-ri site.

US and South Korean military also claim to have evidence that North Korea's army was blocking roads in Kilju, North Hamgyong Province, UPI reports, where a number of military facilities are believed to be located, including the Hwadae-ri atomic weapons training facility. A similar blockade occurred right before North Korea conducted its fourth nuclear test earlier this year.

South Korean newspaper Dong-a Ilbo recently cited a study by Germany's Federal Institute for Geosciences and Natural Resources, identifying the environmental impact of January's nuclear test. UPI, citing data from European satellites, reported that «the earth's surface sank nearly three inches in some areas after the test.» Scientists used interferometrics to determine changes in surface movements in images surrounding the Punggye-ri nuclear site before and after the test.

Last week, Dong-a Ilbo reported that North Korean Foreign Minister Ri Su Yong said during his visit to New York that Pyongyang was developing nuclear threats to cope with US military aggression. «We tried to hold a dialogue and make efforts through international law to remove nuclear threats, but we were left with only one choice, which is to respond to nukes with nukes,» Ri alleged.

UN Sanctions since 2006 have banned North Korea from participating in activities which use ballistic missile technology and nuclear weapons. A senior US official urged Pyongyang to heed Iran's example and roll back its nuclear programs if it wants harsh sanctions to be lifted. North Korea has not indicated its intention of entering into such an agreement.