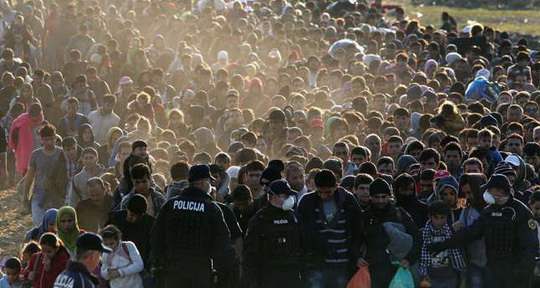 With freezing weather setting in, tens of thousands of migrants surging across Europe could face even more hurdles after European Union leaders pledged to stem their flow by introducing tighter border controls.

EU leaders committed at a weekend summit to helping the Balkans handle the flow of people making their way through the region en route to more prosperous countries. But with record numbers arriving from the Middle East, Asia and Africa, the moves will likely make their journeys more difficult. On Monday, thousands of people, including many women, children and elderly, waited in long lines at the Croatian and Slovenia borders as the flow of humanity continued unabated. «It is not difficult for me, but for people with families and children, it is so hard,» said a 19-year-old Afghan, Habibi Loh.

Humanitarian officials warned of plummeting winter temperatures. «In the short term, the situation is manageable,» said Antonija Zaniuk of the Slovenian Red Cross. «We have a lot of winter clothing, blankets. We are distributing cups of tea, food. But, in the long term, who knows.»

In a statement seeking to paper over deep divisions about how to handle the crisis, the EU and Balkan leaders meeting in Brussels committed to bolster the borders of Greece as it struggles to cope with the wave of refugees who cross over through Turkey. They also pledged to boost the capacities of reception centers in Greece and along the Balkans route to shelter 100,000 more people as winter looms and additional EU border watchdog agency officials are deployed to monitor the flow. «This is a step in the right direction and now it is crucial to respect the commitments,» said Slovenian Prime Minister Miro Cerar, whose tiny Alpine nation has been overwhelmed since Hungary put up a fence on the border with Serbia and Croatia, diverting the flow to Slovenia. 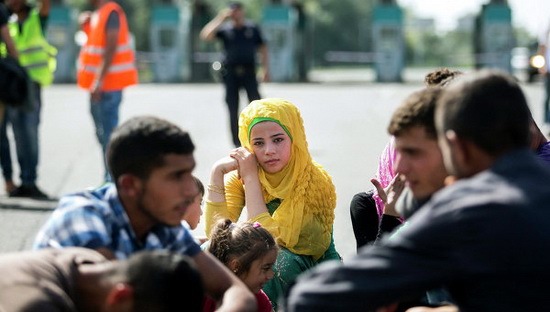 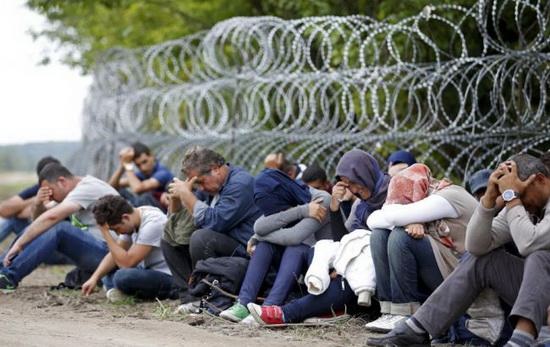 Slovenia has hinted that it will build a fence on the border with Croatia if the migrant surge becomes too difficult to handle. «OK, place a fence, but if you are not ready to shoot at the people, it will not stop anyone,» Croatian Interior Minister Ranko Ostojic said amid a spat between the two neighbors over how to handle the crisis.

Croatian police said that as of early Monday, more than 13,000 migrants had arrived from Serbia over the previous 24 hours, while Slovenian police reported nearly 10,000 arrivals from Croatia in the same period. Further west, in Austria, some 3,500 people had to sleep outside in the cold fall weather, while Germany said it had seen 15,000 arrivals over the weekend. 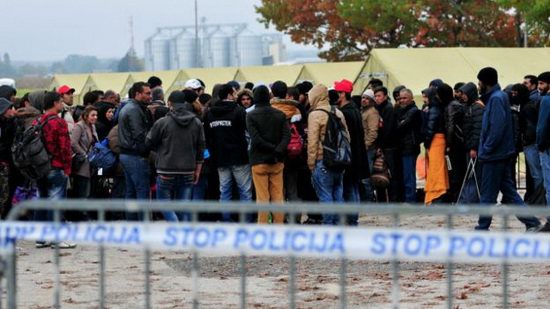 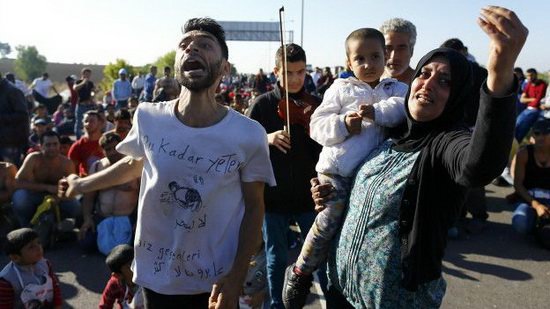 Serbian Prime Minister Aleksandar Vucic warned that addressing the crisis will take time. «We will all be able to achieve some results in the coming weeks and months,» he said. «But, it is clear that this crisis cannot be solved in a few weeks or months, but will improve step by step.»

Sunday's meeting was called in response to a string of chaotic actions taken by countries along the route. With no real ability to control Greece's porous island border or stop people leaving Turkey for sanctuary or jobs in Europe, the EU wants to restore some order and apply the brakes on those passing through.

Croatian Prime Minister Zoran Milanovic said resolving the crisis mostly depends on Turkey, where most of the refugees enter Europe, and on Germany, the desired destination of the vast majority of Syrians and others seeking protection in Europe. German Chancellor Angela Merkel said Monday she remained confident Germany can integrate the large number of refugees who are arriving, and noted that many won't stay forever. «There are very, very many, but there are 80 million of us,» the German leader said at a town hall meeting in Nuremberg. «We can and we will manage this integration.» 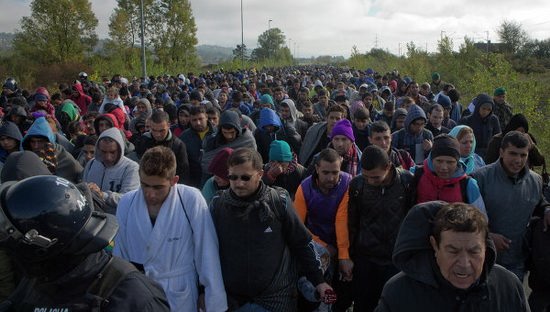 Merkel said most Syrians will get residency for three years but many likely will want to help rebuild Syria when the war ends. She said the Geneva Convention on refugees obliges Germany to protect people, «but we don't have the task of keeping everyone here for life.»