Machiavelli wrote that when we are trying to understand politics and the history of human societies, much can be explained in terms of the eternal conflict between two fundamental desires. One is the desire of the grandi — that is, the super-rich and the super-powerful — to protect their wealth and power, and to accumulate more wealth and power.

The other is the desire of ordinary citizens — that is, anyone who is not super-rich or super-powerful — to live in peace and freedom without being subjected to the predatory activities of the grandi. As stressed by John McCormick, Machiavelli thought that the predatory tendencies of oligarchs were the gravest threat to the liberty and well-being of ordinary people.

Machiavelli was right. Many things have changed, but what was true then is still true today. Oligarchic appetites are an enormous threat to liberty and freedom. Machiavelli used his writings to try to convince those in power that oligarchic greed needed to be curbed; his critique of oligarchic domination has often been misunderstood. 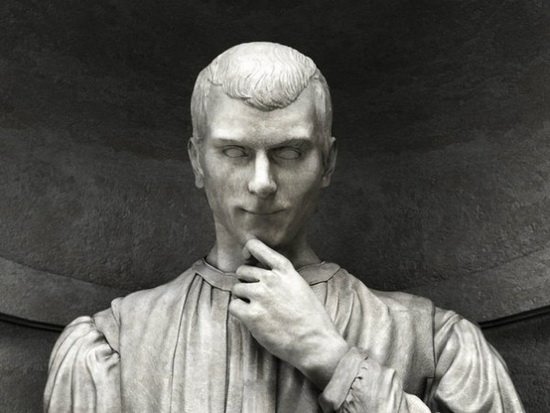 Oligarchic domination is a cancer that is destroying both people's lives and the planet.

But who are the oligarchs today in our corporatized and financialized world? They are the super-rich and more generally those who command massive concentrations of wealth, even if they do not own it, or even if they own only a fraction of it, such as the individuals in charge of multinational corporations and financial firms.

In the past, the super-rich were often directly involved in government. They were princes and kings, senators and warlords — or held some other important office. Nowadays, this direct involvement is comparatively rare, especially in democratic regimes. Even so, the levers of political power are firmly in the hands of the oligarchs. In Jeffrey Winters' typology, contemporary democracies are classified as civil oligarchies. In order to emphasize their contradictory nature, we prefer to simply call them oligarchic democracies.

Huge concentrations of wealth allow oligarchs to capture the electoral-representative institutions of contemporary democracies. The mechanisms of oligarchic capture vary from one country to another, but they are robust and entrenched in most, if not all, modern democracies. They include straightforwardly illegal forms of corruption, but also a variety of insidious mechanisms that are permitted by current legislation and are indeed typical of electoral-representative regimes. The following are the most notable mechanisms of oligarchic capture:

Wealth easily translates into lobbying power and, thereby, into the ability to push the lawmaking process in directions that advantage the super-rich.

Winning electoral campaigns has always been expensive and is becoming increasingly so. As a result, the support of super-rich individuals and corporations is becoming increasingly important. This makes it extremely unlikely that someone hostile to the interests of the super-rich can get elected. It also contributes to explaining why regulators (who are appointed by elected politicians) have strong ties to oligarchic groups.

Elected politicians (and regulators) know that, when their term finishes, they can easily become well-paid consultants or advisors for big firms. This generates strong incentives for them to promote legislation and policies that favor the oligarchs.

In the past, kings, princes and republics were often forced to do what was requested of them by the super-rich (often bankers) from whom they had borrowed money to finance their activities, such as building projects, starting wars, etc. Nowadays, the financial markets, and the financial giants that have disproportionate power in such markets, have a similar kind of power through the impact they have on the funding of sovereign debt. (Importantly, the financial giants also control the rating agencies, which issue credit ratings for sovereign borrowers.)

The oligarchic grip on political power can be weak or strong. Thomas Piketty has recently argued that wealth and income inequality reached extremely high levels at the beginning of the 20th century and decreased in the mid-20th century as a result of World War I, the Great Depression and World War II. These events destroyed significant amounts of economic resources, and since such resources were concentrated in the hands of oligarchs, they were a significant setback for oligarchic power. The oligarchic hold on power was temporarily weakened. In electoral-representative democratic regimes, this resulted in policies that, at least to some extent, promoted the interests of ordinary citizens.

By the end of the 1970s, about 30 years after the end of World War II, the oligarchs had recovered from the blow they had suffered. Wealth and income inequalities started to increase again and the electoral-representative institutions of democratic countries were quickly captured (or re-captured). The oligarchic grip on political power became tight again. This led to many policies that favored the interests of the super-rich (and corporations, and financial firms) and, in turn, led to the stagnation or the decline of living conditions for ordinary people. In the last 35 years many democratic countries have seen the introduction of legislation and policies resulting in:
The privatization of basic services and publicly owned resources;

The elimination of policies and benefits in support of the poorest part of the population;

Forms of deregulation that have allowed many companies — including big polluters and financial firms that have made themselves «too big to fail» — to exploit public resources and to impose costs and risks on society (this is the so-called «privatization of profits and socialization of costs»);

Fiscal mechanisms that effectively reduce the tax burdens on the super-rich and on corporations;

The limitation of people's ability to protest against unfair social, economic and labor conditions.

One worrying aspect of this trend is that globalization, new technologies and new, ultra-sophisticated financial tools have magnified the oligarchs' ability to extract resources from ordinary people, families and communities. They have also amplified the oligarchs' ability to extract resources from the planet on which we all live. Oligarchic domination is a cancer that is destroying both people's lives and the planet. Another worrying aspect of this trend is that, as a result of these enhanced extracting abilities, an increasing number of ordinary people find themselves effectively excluded from economic and political processes. Although, as Saskia Sassen notices, this phenomenon takes different shapes in different parts of the world, it is present in many countries. Moreover, it is in stark contrast to the drive toward economic and political inclusion that dominated the post-World War II world inhabited by weakened oligarchs.

The idea that huge economic inequalities, and thereby true democracy, are compatible with political equality is a myth. It is a myth that, obviously, the super-wealthy and big corporations find useful and convenient. And this is why they do all they can to spread such myths. Oligarchic democracy is not true democracy. Political equality and true democracy are at the moment only ideals toward which we need to strive. The political institutions and the policies underpinning and sustaining oligarchic power need to be dismantled or radically transformed. The more rich and powerful the oligarchs become, the stronger their ability becomes to accumulate and attract additional wealth and political power. That is why it is important to stop the spiral of growing inequality soon, before it is too late for democracy and for our planet.

Machiavelli's advice is that curbing the appetites of the super-rich and the super-powerful is essential in promoting and protecting the freedom and happiness of everyone. We should take heed to his advice. 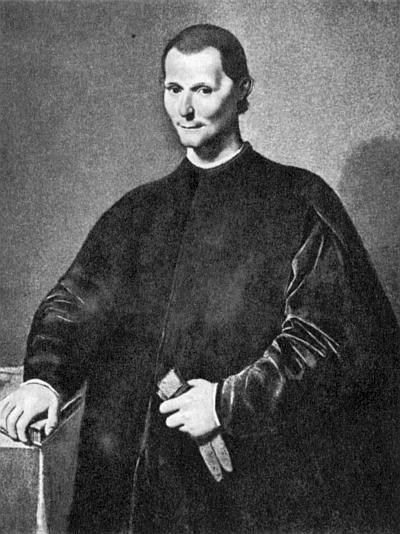