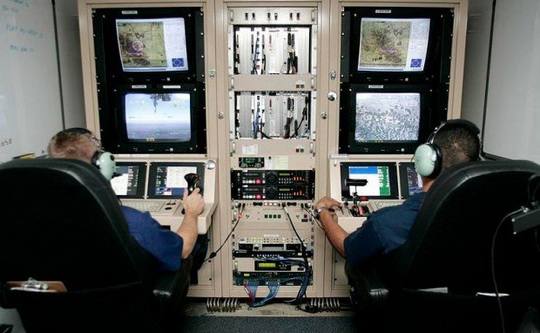 Exclusive: Israeli drone commander who served throughout the last three Gaza wars tells The Telegraph that he has made some 'wrong calls' but has 'learnt to live' with life and death dilemmas. Few human beings are forced to take life-or-death decisions as routinely — or as rapidly — as those who hold the shattering power of Israeli drones in

Major Yair, one of Israel's most experienced drone commanders, served throughout the last three wars in Gaza. Day after day, this 31-year-old was compelled to wrestle with the agonising dilemmas that moral philosophers have argued over for centuries.

As the mission commander of a Heron TP drone, charged with acquiring targets on the ground, it fell to Major Yair to decide whether killing the human beings appearing on his computer screen would save more lives than leaving them unscathed.

Was the human form striding across the monitor a Hamas operative preparing to fire a rocket? Or was the metal object in his hands an innocent everyday item? Major Yair would never have the luxury of time to consider his choice: he was forced to resolve his dilemmas almost instantly.

«You have to make life and death calls in seconds,» he told The Telegraph. «You spot it — what is it? Shall we take it out or not? You have to develop the mental skills.»

And no-one shares responsibility for the ultimate decision. «It's on your shoulders,» he said.

Serving drone commanders rarely speak publicly about their experiences. In his first interview, Major Yair — not his real name — described his part in the 50-day trial of strength between Israel and Hamas in Gaza last summer. The recent bloodshed in Jerusalem — with four Jewish worshippers and a policeman killed inside a synagogue on Tuesday — has raised the possibility of a new Palestinian «intifada» or uprising. If so, Israel's drone commanders will confront their dilemmas all over again.

The Heron under Major Yair's control possessed a wingspan equal to that of a Boeing 737, making it the biggest Unmanned Aerial Vehicle (UAV) in service with the Israel Defence Forces. The sensors at his fingertips provided an all-seeing eye to select targets anywhere in Gaza. 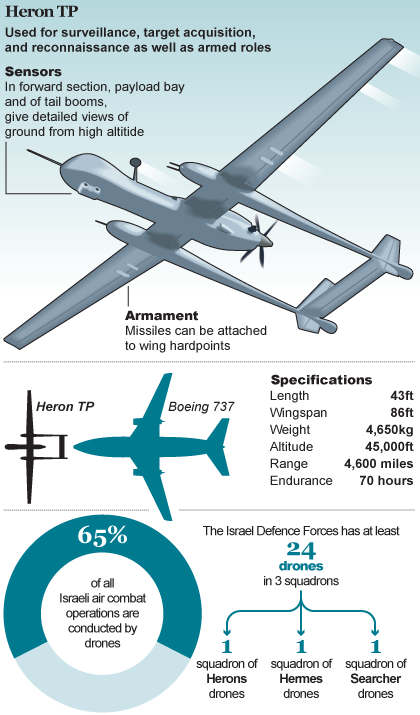 Major Yair stressed how he was constrained by rules of engagement designed to avoid innocent deaths. Hamas operatives, he added, routinely exploited this restraint by hiding behind civilians. One sequence shot by a Heron showed four men preparing to launch a salvo of rockets under a screen of trees. Seconds later, the men were shown running to a nearby street filled with children.

«They're untouchable now,» said Major Yair, pointing at the screen. «I know that no mission commander, under current directions given by the chief of staff, will engage in this situation. No way.» 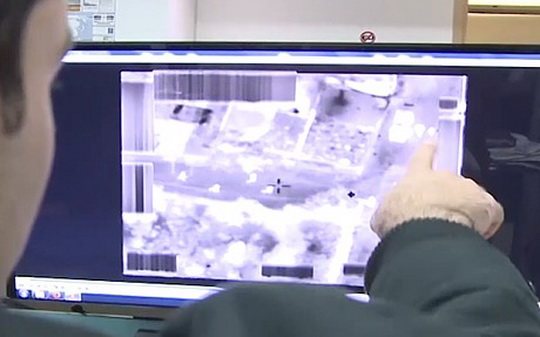 Drone commander explains how four men on the left, who have just prepared to launch rockets from Gaza, run to join children playing in a street

He added: «It is sometimes frustrating because you feel that you're fighting with your hands tied. There are a lot of situations where you see your targets, but you will not engage because they're next to kindergartens, because they're driving with their wives and their kids.»

Major Yair said that he personally refrained from striking one target because the man was about to enter a house where civilians might have been present. Another target was spared because he was running along a narrow alleyway and the «roofs were so close together you have no clue what might be underneath — it might be a family».

And yet the fact remains that Gaza suffered a crushing toll of civilian casualties. Of the 2,192 Palestinians who were killed during the last conflict, 519 were children under the age of 18, according to the United Nations.

After three Gaza wars, Major Yair has made some «wrong calls» himself. Can he sleep after going home at the end of a shift?

«You learn to live with it,» he said. «It's not easy. I've made mistakes that, for many years, will come back at me. But it's something that people have to do. It's not easy. We do not shove it back somewhere in our minds and try to avoid talking about it. We talk about it, we support each other.»

The strain on drone operators is such that they often receive psychological counselling. 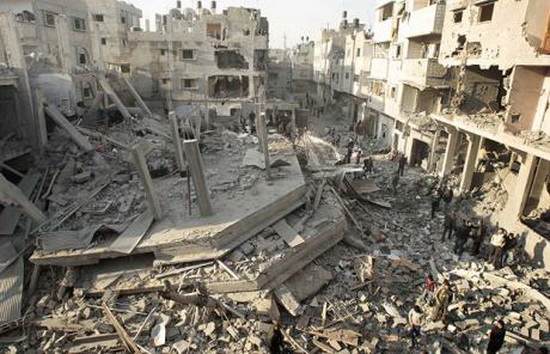 The aftermath of an Israeli air strike in Gaza City

Throughout the last Gaza campaign, Major Yair observed a «10 until 2» shift pattern in a command centre near Tel Aviv. He would take control of a drone at 10am and stay until 2pm. Then he would go off duty for eight hours before returning at 10pm and staying until 2am.

A Heron is controlled by a two-person crew: a commander and an operator who sit side-by-side, each with a computer screen and a control stick to direct the aircaft's sensors. There is no pilot as such because the Heron essentially flies itself. Focus the sensor on a car and the aircraft will automatically position itself to track the vehicle.

Safe inside an air-conditioned military building, Major Yair was far away from where missiles were exploding on his orders. Unlike other warriors, he did not see the consequences — save on a computer screen — nor did he run any physical risk.

Yet the conflict has touched him personally: his parents narrowly escaped death when the family home was destroyed by a rocket launched from Gaza in 2009.

As for the imbalance of risk, Major Yair said that being in safety meant that he took better decisions and that lives were saved as a result. «Does it change the way you make calls?» he asked. «The fact that you're comfortable — it means you make better calls.»

And the tension was often heart-pounding. As Israeli ground units pressed into Gaza, they would call Major Yair for close air support. «They'd be saying 'we keep getting fire from within those buildings' and I'm sitting at a distance — on a neat floorspace with screens and air conditioning systems — but you're sweating and it's 'what do I do, what do I do'? How do I not cause more damage than help?»

Today, 65 per cent of Israel's military air operations are conducted by drones. Major Yair represents the future of warfare — and the dilemmas he faces will be those of coming generations of warriors.