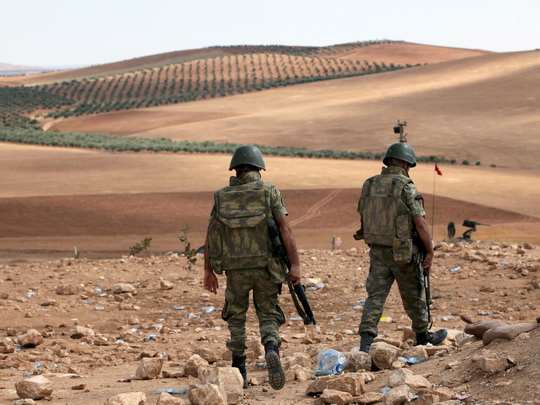 Iraqi President Fouad Massoum called the deployment of several hundred Turkish troops inside Iraq near the northern city of Mosul «a violation of international norms and law» on Saturday.

A Turkish security source said on Friday the forces would provide training for Iraqi troops near Mosul, which is controlled by the Islamic State (IS).

Iraq's prime minister and Foreign Ministry have called for Turkey to withdraw its forces.

In an online statement, Massoum also called on Turkey to withdraw the troops and asked Iraq's Foreign Ministry to take the necessary measures «to preserve the country's sovereignty and independence.»

IS militants overran Mosul in June 2014. A much anticipated counter-offensive by Iraqi forces has been repeatedly postponed because they are tied down in fighting elsewhere.

A senior Kurdish military officer based north of Mosul told Reuters that additional Turkish trainers had arrived at a camp in the area overnight on Thursday escorted by a Turkish protection force.

A small number of Turkish trainers was already at the camp to train a force called Hashid Watani (national mobilization), which is made up of mainly Sunni Arab former Iraqi police and volunteers from Mosul.

The United States was aware of Turkey's deployment of hundreds of Turkish soldiers to northern Iraq, but the move is not part of the US-led coalition's activities, according to defense officials in Washington.

Powerful Iraqi Shiite Muslim armed groups have pledged to fight a planned deployment of US forces to the country. Turkey has in recent months been bombing Kurdish militant positions in northern Iraq.

Watch the VICE News documentary Peshmerga vs. the Islamic State: The Road to Mosul: