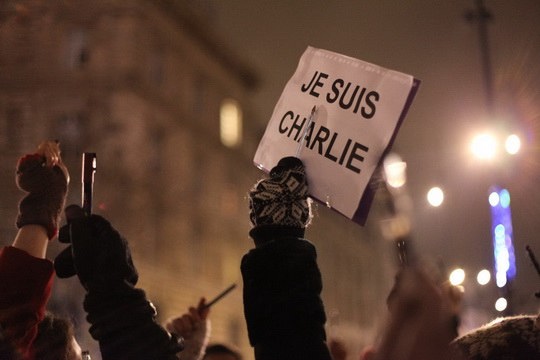 As night fell on Paris today, people of all ages flooded Place de la République to pay tribute to the Charlie Hebdo journalists and the two policemen who were killed in the attack on the magazine's headquarters. While some held up improvised banners, scribbled on paper bought from a nearby stationery store, others were more prepared, wearing «I Am Charlie» badges on their coats. 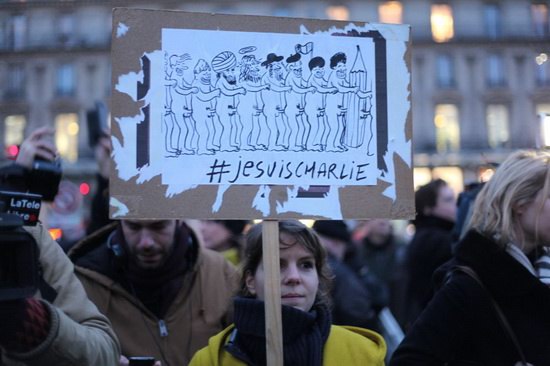 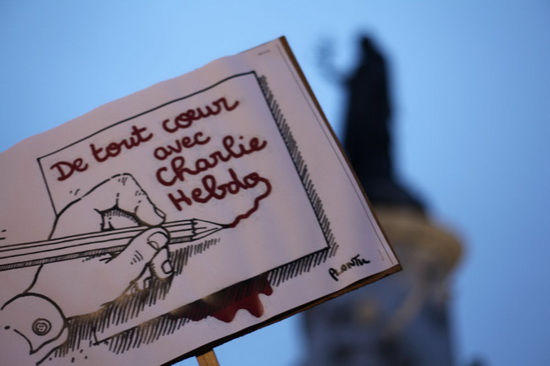 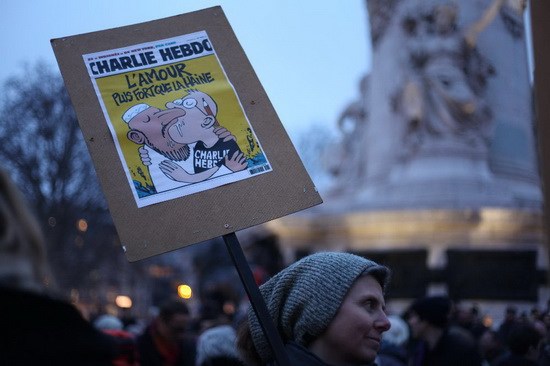 Many printed out the famous cover from the paper's November 2011 edition, published in the wake of a firebomb attack against its offices in Paris. In the cartoon, a Muslim man is seen passionately kissing a Charlie Hebdo cartoonist under the caption "Love is stronger than hate." 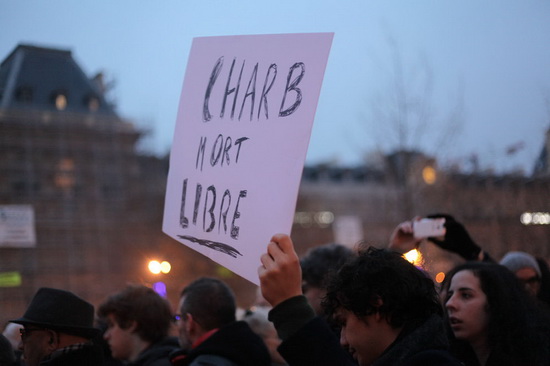 Adrien, 23, held up a sign that reads, «Charb died free,» referring to Stéphane Charbonnier, who was killed today. Speaking to VICE News, Adrien said that he wrote it because Charb «knew he was at risk, but continued to do what he thought was right. I might never achieve 1 percent of what he achieved, but it was important to show up today.» 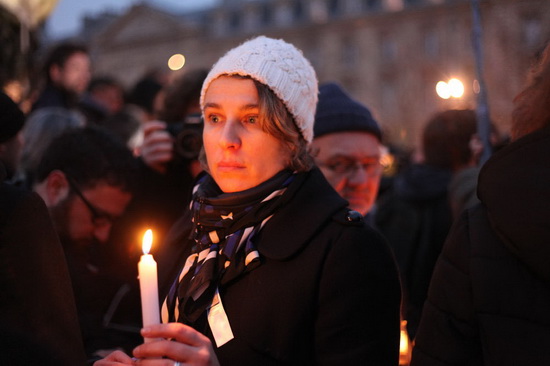 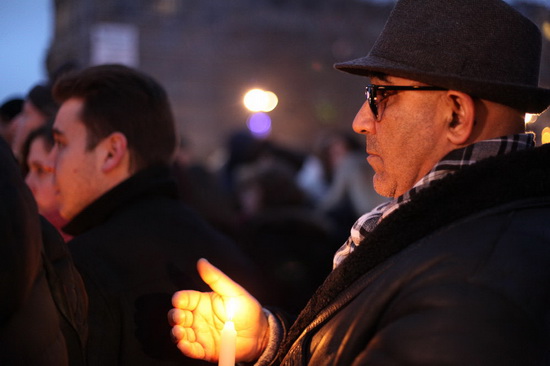 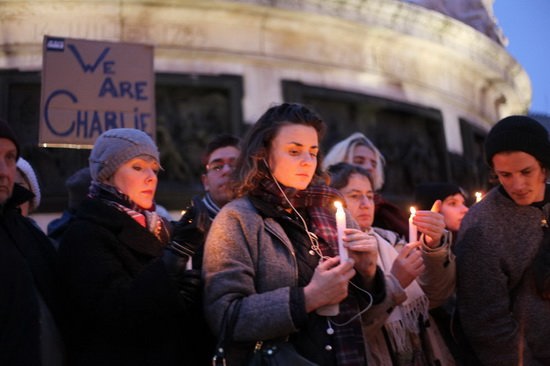 People gathered on the square for a candlelit vigil following a spontaneous social media campaign to get supporters into the streets. According to sources, some 10,000 people were there tonight to pay tribute to the journalists. People spoke in hushed tones, and some held up pens  — a gesture that soon was picked up by the crowd. 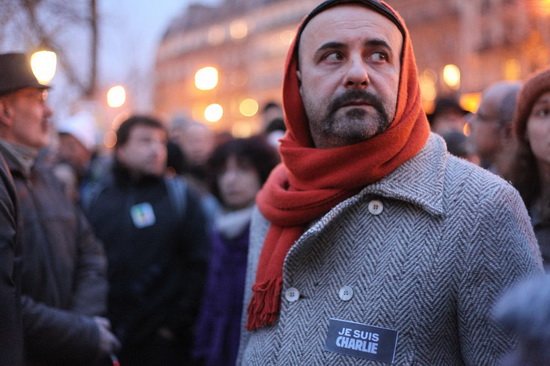 The silence was broken by a one-word chant of «Charlie.» The crowd joined in, and soon the name of the newspaper echoed around the square, along with the slogan, «Freedom of expression.» The crowd broke out into applause as the words «Notafraid» were spelled out in fairy lights and tinsel in the middle of the square. 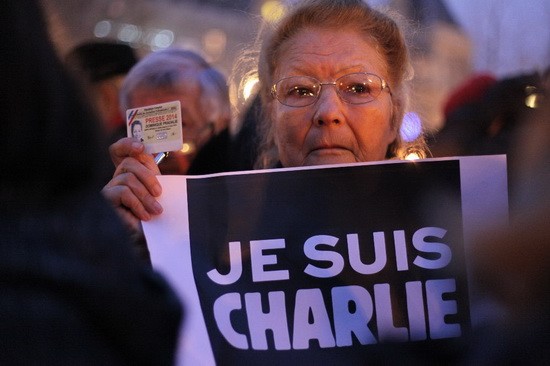 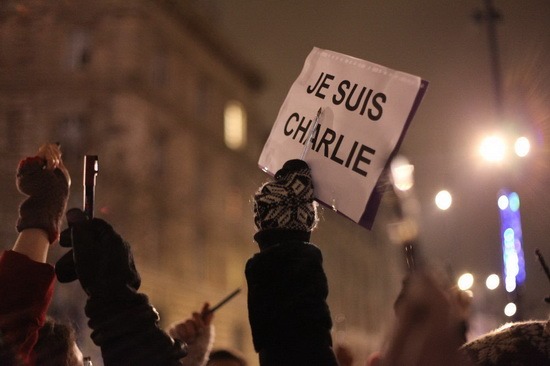 The attackers have not yet been identified, and no organization has yet claimed responsibility. Today, French President François Hollande said the attack was «undoubtedly» an act terrorism.

All photos by Mélodie Bouchaud