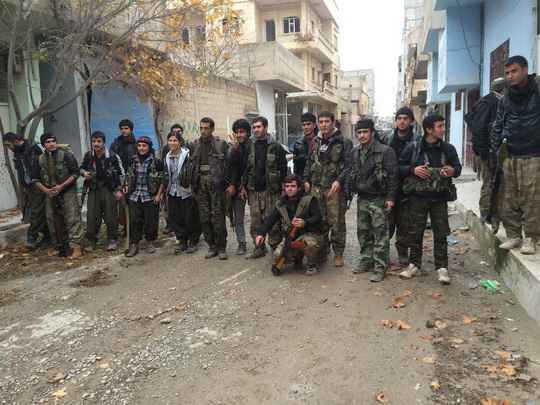 On December 19, VICE News entered the besieged Syrian Kurdish city of Kobane with the help of smugglers and the Syrian Kurdish militia, known as the People's Protection Units (YPG). The city was preparing to enter its 100th day of fighting a fierce siege by the Islamic State (IS). Fighters with IS had been pushed back by a combination of US airstrikes and heavy artillery from a small contingency of Iraqi Kurdish Peshmerga fighters. Surrounded by IS on three sides, and a Turkish military hostile to Kurdish forces on the fourth, Kobane has become a symbol of resistance for those fighting IS.

YPG fighters now estimate they control approximately 75 percent of the city, and US military sources say over 1,000 IS militants have been killed. 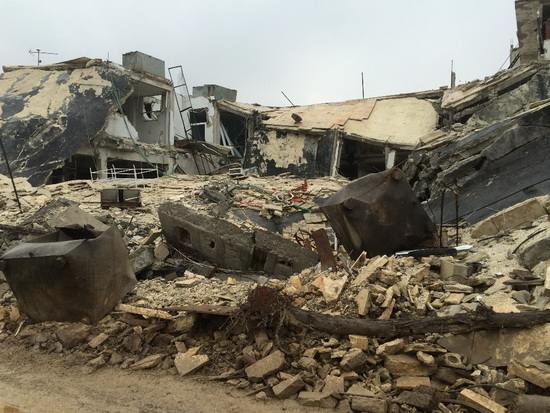 The Islamic State (IS) has repeatedly deployed the use of vehicle-borne improvised explosive devices, or VBIED's. Here, a hospital has been targeted. IS has targeted hospitals in Kobane three times, and the locations of the city's hospitals have since been switched. There are only eight doctors currently operating in the city. 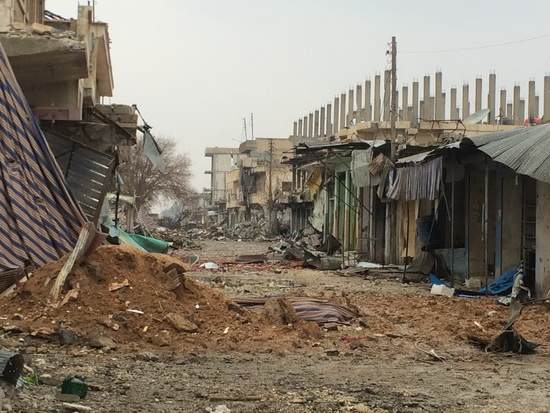 A once busy market street lays in ruins. All commercial activity has come to a halt in the city. There is no electricity or heat. The YPG provides remaining civilians with bread and water. 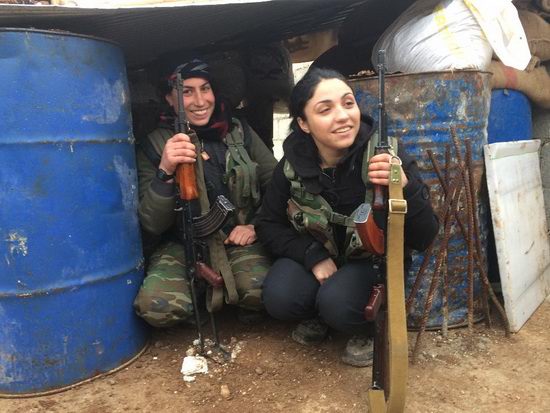 Zozan, 21, and Avashin, 23, pause for a respite from fighting. The YPG has female brigades known as the YPJ, or Women's Protection Units, and gender equality is a fundamental part of its ideology. 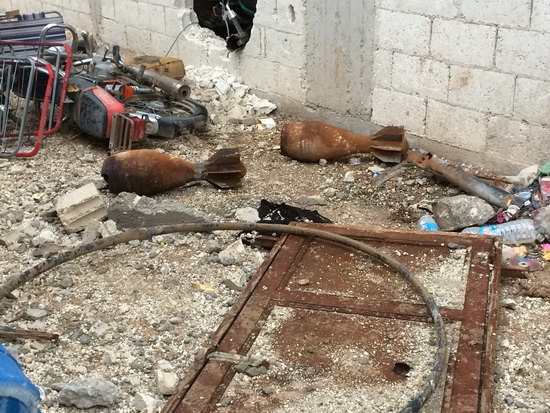 Two unexploded mortars lay on a street. IS launches between 10 and 200 mortars a day into the city, according to YPG sources. The streets are littered with both unexploded ordnance and shrapnel. 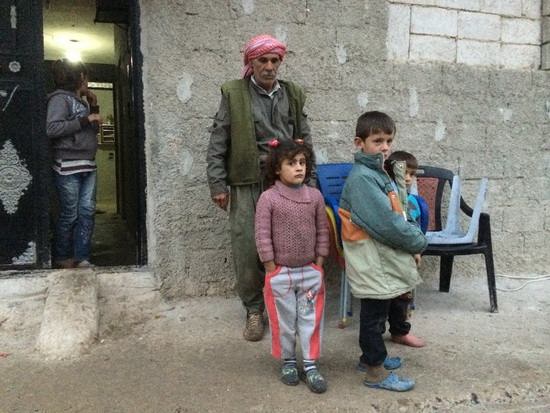 Many civilians have evacuated Kobane, but some are still holding out and refuse to leave for Turkey, where refugees live in squalid camps and receive little help from the Turkish government, notorious for its history of oppressing the Kurdish people. 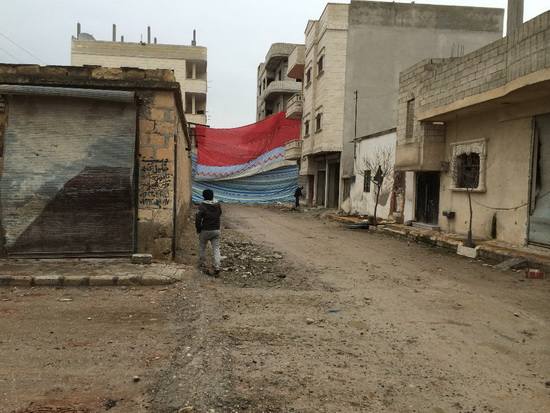 Streets in Kobane are dotted with sniper screens to protect passersby from feared Chechen snipers within IS ranks. 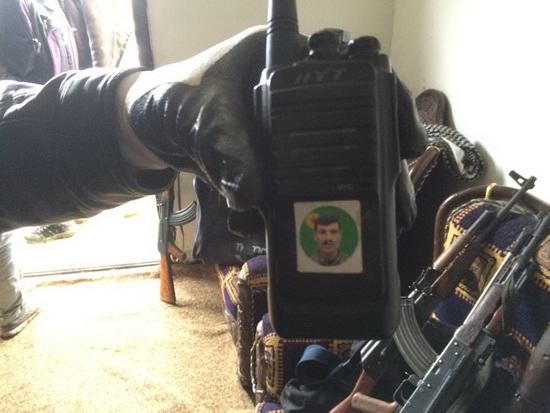 Mahmoud, a Kurdish guide and journalist, holds a walkie-talkie he found displaying a photograph of his brother, who was killed in the fighting. Nearly all fighters VICE News spoke with have a close friend or family member who has been killed in the conflict. 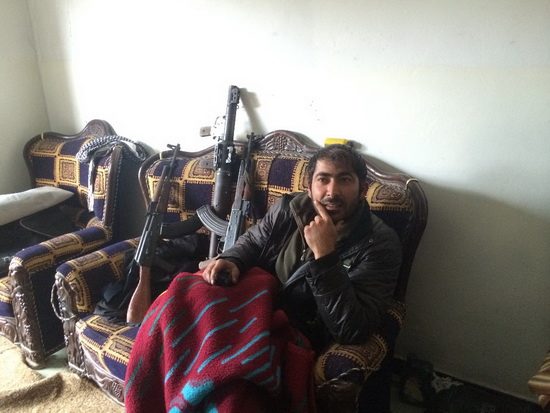 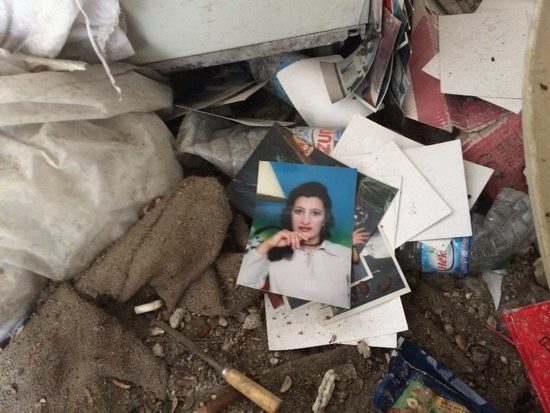 Entire residential streets sit abandoned, and apartment complexes serve as bases. Sledgehammers have been taken to walls so that fighters can move unseen throughout entire apartment complexes. Possessions lay strewn around as homes were abandoned so quickly that many residents left with only what they could carry. 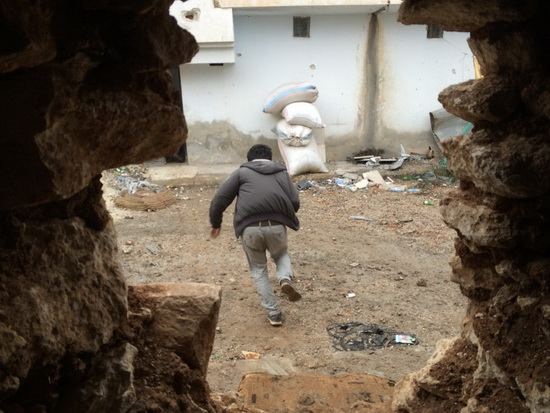 A Kurdish journalist runs across an open space to dodge sniper fire. 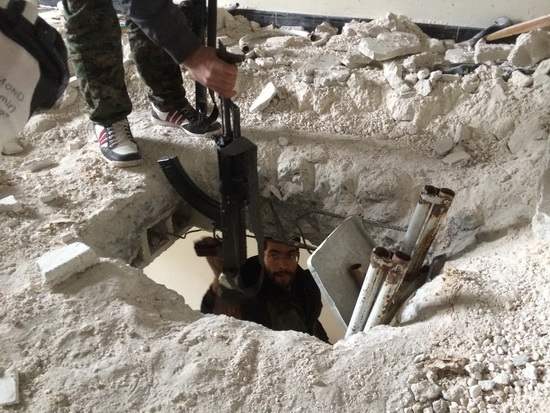 A Kurdish fighter passes through a hole smashed into a floor. 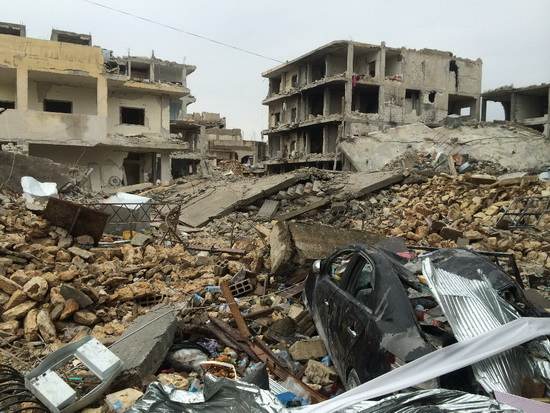 Entire blocks have been leveled in the fighting. 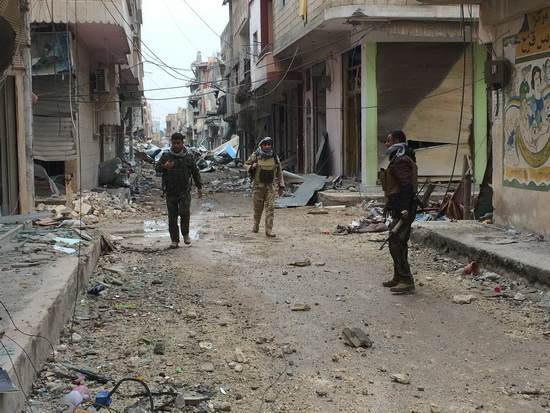 Three YPG fighters meet in the streets. Entire areas of the city are abandoned, except for by YPG fighters hiding out. 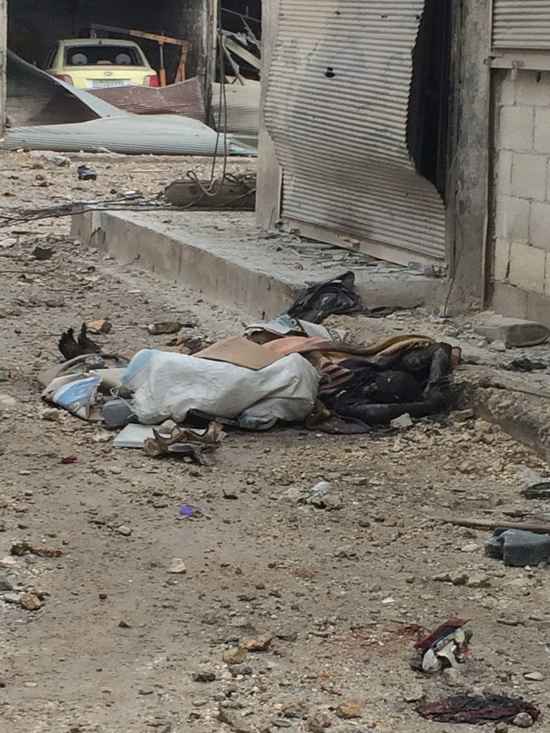 The charred body of an IS fighter lies in the street. YPG fighters say that IS often burns or beheads its militant after they are killed to avoid having them identified. 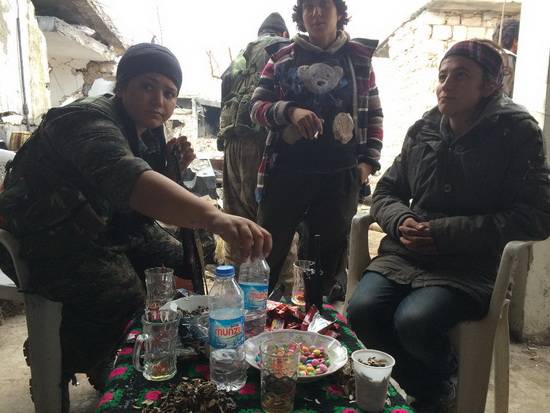 YPJ fighters on the eastern front. 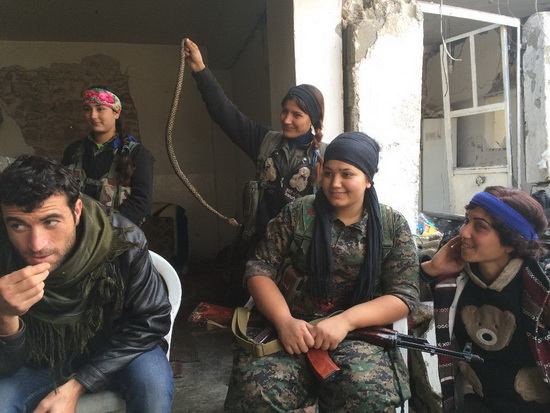 YPJ fighters rest and fool around with a toy snake 50 meters from an IS position. 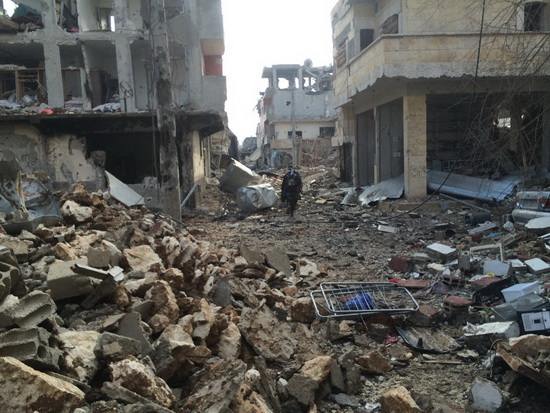 Two YPJ fighters move through the ruins of Kobane. 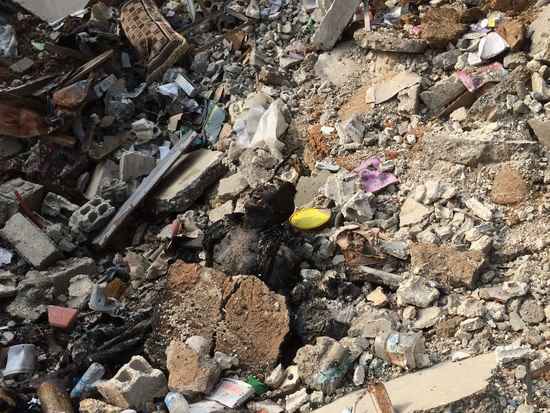 The charred body of an IS militant killed in a US airstrikes. YPG fighters say the airstrikes have been very helpful but that they need heavy weapons to fully eradicate IS in the city. 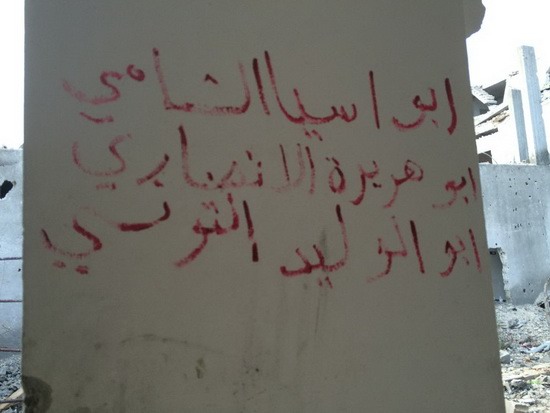 The names of three IS fighters written on a wall near one of their former city bases that was eventually hit by a US airstrike. 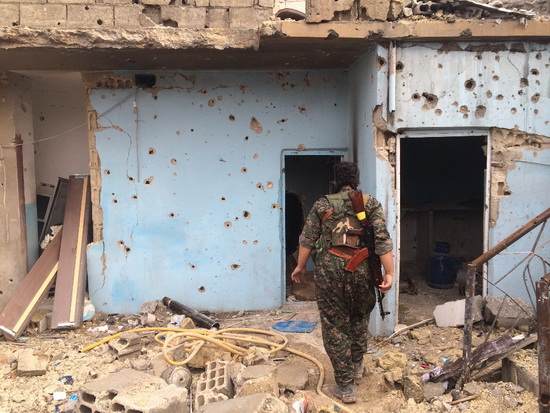 YPJ fighter moving through the city. 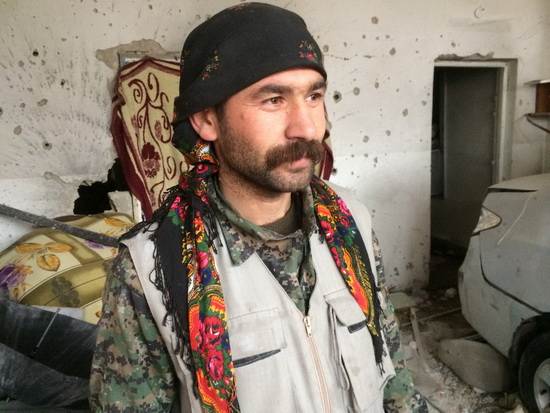 Commander Bilnk, from the Kurdish enclave of Efrin, has been fighting in Kobane for three months. «If we don't have heavy weapons, what can we do?» he said. 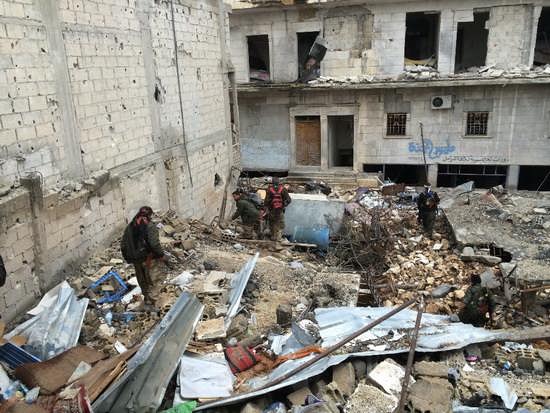 A group of YPG and YPJ fighters cross a courtyard away from the frontline. 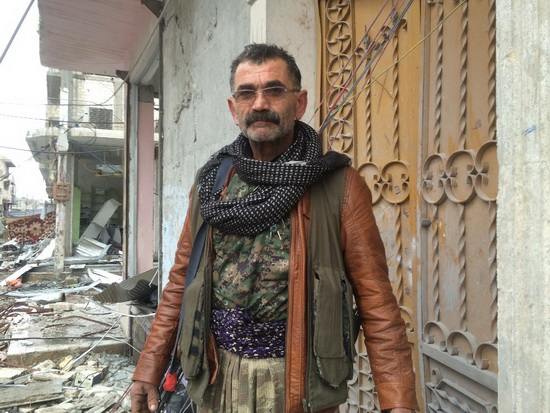 A Kurdish commander pauses as he returns from the frontline. 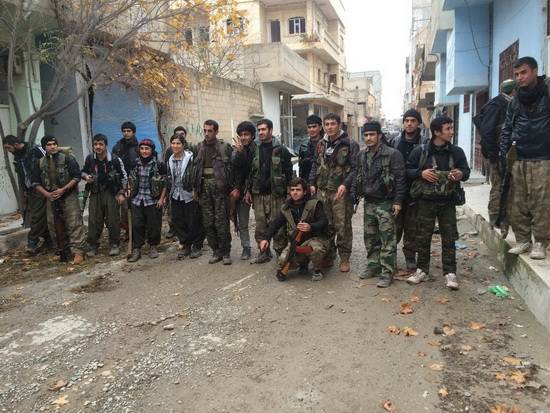 A group of YPG and YPJ fighters poses for a photo before moving out on patrol. 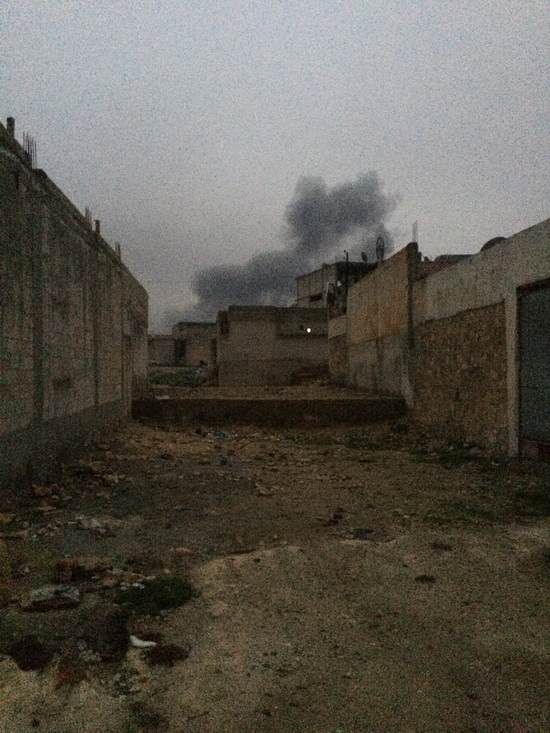 US airstrikes have effectively combatted heavy weaponry held by IS. The strikes, typically numbering between three and five daily, tend to come at night.

A YPG guide pauses as the cracks of sniper rifles echo near the Northeastern front close to the Turkish border.

Two YPJ fighters, followed by a European journalist, sprint past a sniper alley.

A YPJ fighter surveys the devastation.

At a frontline base 50 meters from an IS position, YPG and YPJ fighters greet each other and rest.