Salah Abdeslam, Europe's most wanted fugitive, was arrested Friday after spending four months on the run. Suspected of masterminding and taking part in the deadly November 13 Paris attacks, Abdeslam was captured close to his childhood home in the Brussels neighborhood of Molenbeek. On Monday, French news channel iTélé released images of the moment Abdeslam was stopped by police.

According to several Belgian news outlets, information gathered last week at the funeral of Abdeslam's brother Brahim — who blew himself up outside the Comptoir Voltaire café during the Paris attacks — may have helped lead investigators to the fugitive. Brahim Abdeslam was buried Thursday at the non-denominational cemetery in Evere, Brussels.

Abdeslam was staying in the basement of his friend's mother's apartment on the Rue des Quatre-Vents in Molenbeek when police captured him on Friday.

He had known the friend, Abid Aberkan, for years.

Aberkan attended Brahim's burial in Evere, where he helped carry the coffin. According to RTL Info, it was while investigators were monitoring the funeral that they were alerted to the address on Rue des Quatre-Vents.

According to Politico, the police started watching the apartment, and became further suspicious after a large number of pizzas were delivered there.

Shortly after Abdeslam was arrested, police caught up with Aberkan in the northern Belgian town of Jette. Officers also arrested a man known as Amine Choukri, a friend of Abdeslam's who was also present in the apartment raided Friday. 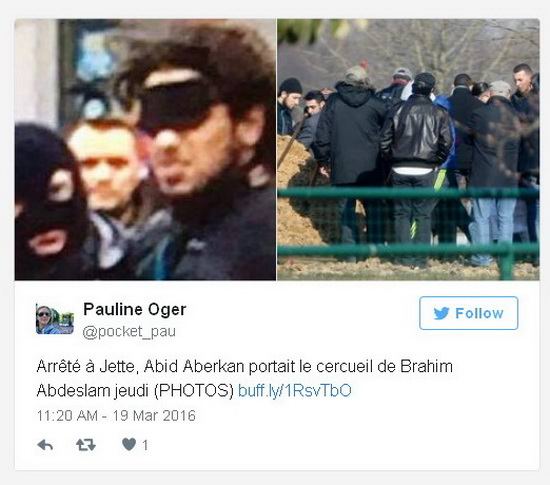 Abdeslam, who was shot in the leg during the raid, was questioned by investigators and transferred to a prison in Bruges, where he is being held in isolation. Belgian Foreign Affairs Minister Didier Reynders said that Abdeslam was «planning to re-start something in Brussels.» According to the minister, police found an important arsenal during their initial operations, as well as a «new network» around Abdeslam.

Speaking at a press conference Saturday, French prosecutor François Molins said that Abdeslam had admitted to going to the Stade de France stadium on November 13 with the intention of detonating the explosives before ultimately backing out of the plan.

Abdeslam's attorney Sven Mary has said that he would file a complaint against Molins for quoting statements made by his client to the press.

«The reading of part of the questioning of Mr. Abdeslam during a news conference constitutes a violation [of the investigation],» Mary told Le Soir.

The complaint will likely lead to nothing. In certain circumstances, according to article 11 of the Criminal Procedure code, French prosecutors are not beholden to the confidentiality of an investigation.

Mary has also said that he will fight his client's extradition to France. «We have refused for him to be handed over to France,» Mary said, adding that there was already an ongoing investigation in Belgium.

Molins has warned that Mary's attempts to fight extradition for Adbeslam have little chance of success. According to Molins, Abdeslam will probably be handed over to the French authorities in the next three months, in line with the procedures outlined by the European arrest warrant.

Mary has also said that his client is «worth his weight in gold,» and is cooperating with officers who are investigating the Paris attacks.

«He is collaborating, he is communicating, he is not invoking his right to silence,» the lawyer told RTBF. According to Mary, Abdeslam is answering questions «not only about his own role» in the attacks.

Despite Molins' public praise for the «exemplary collaboration» between French and Belgian teams, others have pointed out the failures of the joint investigation.

Interviewed by France Info Monday, Paris Mayor Anne Hidalgo alluded to the «communitarian» systems in place in Molenbeek, and the «solidarity networks» that allowed Abdeslam to hide out on home turf following the attacks.

The Belgian federal prosecutor's office and the investigating judge announced Monday that they are now on the hunt for Najim Laachraoui, also known as Soufiane Kayal. Laachraoui was stopped at the border between Hungary and Austria in September 2015, along with Abdeslam and Belkaïd. 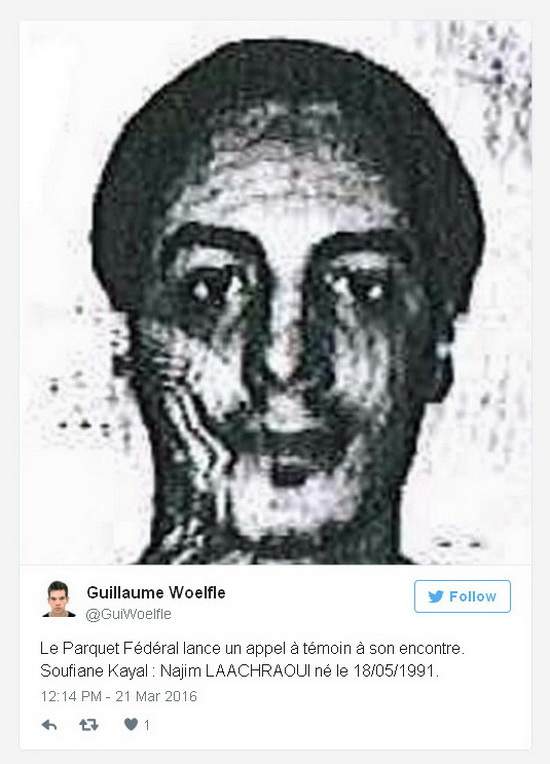 According to information released by the Belgian prosecutor's office, Laachraoui was born on May 18, 1991 and allegedly travelled to Syria in February 2013. Traces of Laachraoui and Abdeslam's DNA were found in an apartment in Schaerbeek, which allegedly served as a hideout for Abdeslam.

Police are also searching for Khalid and Ibrahim El Barkraoui. Khalid rented a different apartment where another suspected planner of the Paris attacks was holed up and killed by police, and Ibrahim rented yet another presumed hideout in Charleroi.