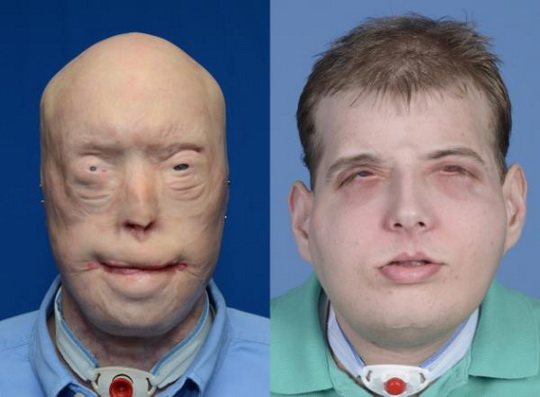 A firefighter whose face was burned beyond recognition 14 years ago has received the «most extensive» face transplant in the world to date, according to an announcement on Monday by NYU Langone Medical Center, where doctors performed the surgery.

Patrick Hardison's face was burned while he was working as a volunteer firefighter in Senatobia, Mississippi, on September 5, 2001. Hardison, who was 27 years old at the time, was trying to locate a woman inside a burning home when the roof collapsed on him, melting his face mask. He escaped by jumping out a window, and his fellow firefighters worked to save his life — but the resulting damage was such that they couldn't recognize him. 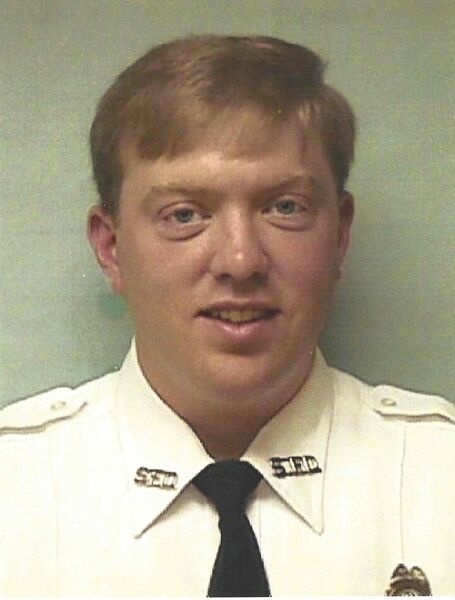 "I had no idea who I had until we put him in the ambulance and he pulled me down over his face and he said, 'Take care of Chrissi and the kids,' " fellow firefighter Bricky Cole told hospital officials last year. «That's when I knew who I had. It was a rotten damn day.»

Hardison lost his eyelids, ears, nose, lips, and hair, while his neck and torso were also badly burned. He underwent more than 70 surgeries, but was unable to return to his normal life. Despite skin grafts from his legs, he had scar tissue that made it painful to talk or eat.

For 14 years, Hardison wore prosthetic ears, sunglasses and a baseball hat to go outside. His two youngest children have never known him without the scar tissue.

A fellow firefighter suggested that Hardison consider face transplant surgery in 2012, which is how Hardison was connected with Dr. Eduardo Rodriguez, who was at the University of Maryland at the time before he eventually joined the NYU Langone Medical Center's Hansjörg Wyss Department of Plastic Surgery. 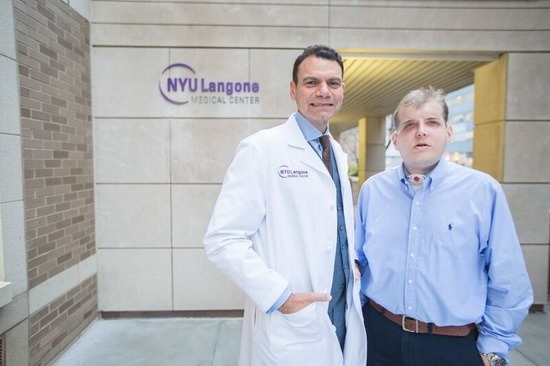 Hardison was told that if he pursued a facial transplant, he would have a 50/50 chance of survival. Rodriguez noted that one of his colleagues in France had attempted a similarly complex face transplant last year, but the patient died.

«It's not an operation for everyone,» he said at a presentation Monday announcing the successful surgery. «It's for very courageous individuals.»

In August 2014, Hardison was officially placed on a waiting list for a facial transplant. But finding a match was particularly challenging because the donor needed to have Hardison's blood type as well as similar coloring and facial bone structure. Moreover, not all donor families agree to this type of donation.

«Hopefully it will happen soon,» Hardison told NYU Langone videographers before the surgery. «It's in God's hands. And when he's ready for it to happen, I know he's got an angel out there for me somewhere.… Hopefully that day comes, and I hope that family's strong because I cannot imagine losing somebody at a young age and then having to be asked to give what they're asking to give.» 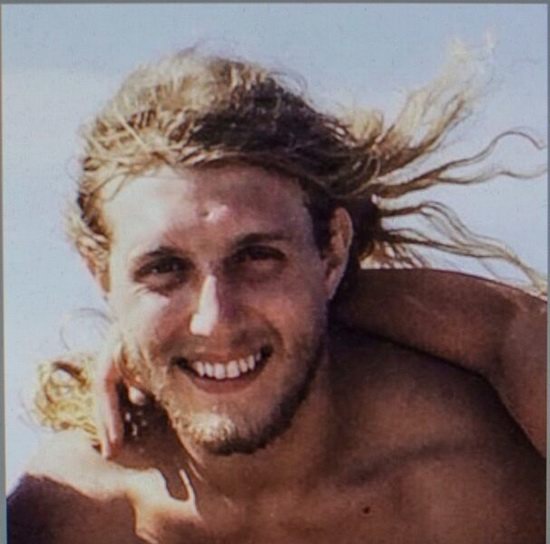 It took more than a year to find the right donor. David Rodebaugh, 26, an artist and cyclist in Brooklyn, was declared brain dead following a bike accident over the summer. When his mother was asked about donating his face, she didn't hesitate to say yes, according to Helen Irving, CEO of LiveOnNY, which was formerly called the New York Organ Donor Network.

«Her son had always wanted to be a fireman,» Irving said. She added that Rodenbaugh's heart, liver, bone, and eyes were also donated to patients in need of organ transplants.

The surgery, which concluded on August 15, took 26 hours and involved more than 100 doctors and nurses. Hardison is taking drugs to prevent his body's immune system from rejecting the new tissue, and though he'll take fewer of these drugs over time, he will be on them for the rest of his life.

Prior to the procedure, there had been nine other face transplants and a scalp transplant in the United States, according to the United Network for Organ Sharing, which is under contract with the federal government to allocate organs for transplantation. The surgery was historic, according to the hospital, because it included the full scalp, ears, ear canals, boney structures, and eyelids. Although eyelids had been involved in previous transplants, this was the first time such a transplant was performed on someone who was not blind.

«His surgery sets new standards in facial transplantation and will serve as an amazing learning tool,» Rodriguez said. «I am particularly encouraged with the success we have achieved in transplanting David's eyelids and blinking mechanisms to Patrick. This is a major milestone — one that could lead to preserving vision in future patients.»

The medical costs were between $850,000 and $1 million, he added, including care prior to the operation and following the procedure. An NYU Langone Medical Center grant will cover these costs.

After 63 days, Hardison was finally allowed to look in the mirror. Soon after that, his family was allowed to visit. He now considers it «his face,» Rodriguez said.

«We had an emotional exchange when we took him to Macy's to buy new clothes,» Rodriguez said at a press conference on Monday. «No one stared.»

It's now been 93 days since the surgery, Rodriguez said, and Hardison's body has shown no signs of rejecting the transplanted face, which usually happens within 90 days of surgery. In January or February, he will undergo another procedure to refine the eyes and lips once the initial swelling has gone down.