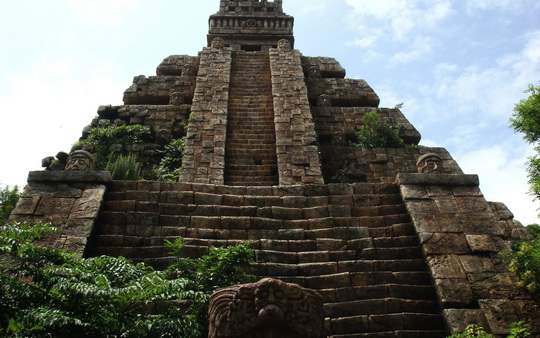 In the early summer of 1520 life was still quiet for the five thousand inhabitants of Zúltepec-Tecoaque. Its population — known as Acolhuas or Texcocanos — were vassals of the powerful city state of Texcoco, which was a member of the Aztec Triple Alliance. The alliance was led by the Aztec capital of Tenochtitlán, some 35 miles to the west, where Mexico City stands today.

Even as the armies of Spanish conquistador Hernán Cortés were advancing towards their victory over the Aztec empire, the townspeople grew corn, beans, agave and avocados. They offered flowers to the gods. They led simple lives.

That life was lost forever after the Acolhuas captured a Spanish-led caravan of hundreds of people who were held prisoner in the town, sacrificed and probably eaten.

Suddenly this small insignificant town was catapulted to the center of indigenous resistance to, and ultimate defeat by, the European invasion.

The story was already known from the Spanish chroniclers. But now excavations have yielded a treasure trove of artifacts and skeletal remains that provide both new details about the events and an unprecedented window on the indigenous perspective.

«It's unlike any other place we've seen in Mexico. The events here really stuck with the conquistadores», Enrique Martínez Vargas, the head of the excavation, tells VICE News. «It was a place that showed that their invasion didn't go all that easily.» 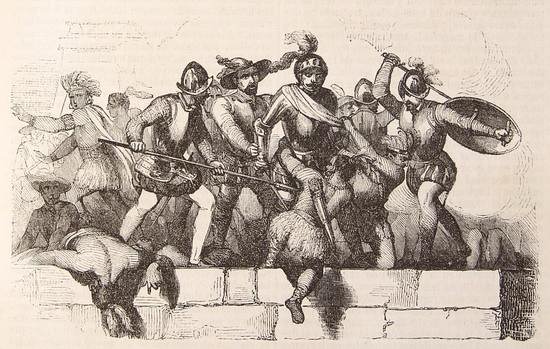 Prior to the excavations it was known that the caravan was originally on its way to Tenochtitlán in June 1520, and it was lead by Cortés himself until he was called away to fight an Aztec uprising inside the city. His defeat at Tenochtitlán and subsequent flight became known as the Noche Triste, or Night of Sorrows.

Meanwhile the convoy, now without its commander, was captured by the Acolhuas in what was one of the most stunning indigenous victories over the Spanish invaders. The prisoners were taken to Zúltepec.

When Cortes learned later of what happened there he sent two hundred mounted soldiers to destroy the town in February 1521. Six months later Tenochtitlán fell to the Spaniards and 300 years of colonial rule began.

Zúltepec was never rebuilt but the memory of what happened there lingered in its name. It became known as Tecoaque, «The Place Where They Had Been Eaten.»

While Cortés himself mentioned what happened at Zultépec-Tecoaque in two letters, such setbacks were not things the conquistadors wished to dwell upon. The documentary evidence is consequently scant.

Excavations of the site itself did not begin until 1992, and it wasn't until the most recent round of digging that archeologists uncovered the artifacts and bone fragments they are so excited about today.

Surrounded by farmland and located next to an expressway, the site mostly consists of a residential area of tightly packed houses. The remains of a circular pyramid mark its ceremonial center.

Many of the most interesting finds were found in an extensive drainage system of canals and cisterns filled with hundreds of objects — both Hispanic and Precolumbian — as well as human and animal remains. The archeologists suspect the inhabitants tossed the objects in the wells when they heard the Spanish army was en route and thirsty for revenge.

«When the Spaniards arrived, they burned the entire place to the ground, but all the objects were left untouched in the wells,» says Martínez, a leading archeologist from Mexico's national archeological institute.

Martinez says examination of the skulls and bone fragments suggests the captured convoy consisted of as many as 550 people, including 15 Spaniards, 45 foot soldiers, women and children, and some 350 indigenous Tlaxcalans, who were allied to Cortes at the time.

There is no hint in the chronicles that there were women in the group. The finds also point to the presence of men of African and mixed ethnicity, probably from Cuba.

Little statuettes depicting people of both European and African descent were also found among the artifacts. Some were decapitated.

The excavations reveal that the prisoners from the caravan were held in makeshift doorless cells. According to Martínez, they were sacrificed over a period of seven months in rituals he believes were meant to ask the gods for protection against the invaders, with priests determining who was next according to age and gender.

The sacrifices took place at the pyramid, separated by walls from the general population.

Studies of the bone fragments suggest the bodies were dismembered and the meat cut from the bones and eaten. 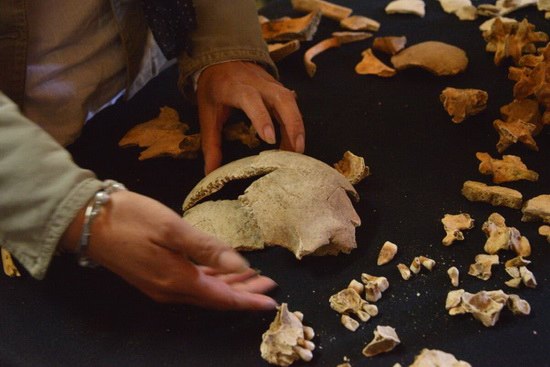 Near the central pyramid, archeologists found the remains of a rack where the skulls of the sacrificed humans were hung. They also found horses heads, suggesting the animals were treated with ritual reverence. Not so the pigs. Brought along by the Spaniards in their caravan for food, the pigs were killed and their carcasses discarded without even being eaten.

The excavations also underline how the hurricane of events in the wake of the caravan's capture added up to a seismic shift in the lives of the inhabitants of Zúltepec.

«Before the arrival of the Spaniards this was a place like many others», says Martínez. «It didn't have any special importance. It was a typical agricultural community where people produced goods that would be transported to Tenochtitlán. There was no significant military presence, it had no extraordinary religious value.»

Martínez believes the inhabitants of Zultepec probably wanted to send the prisoners to Tenochtitlán, but were asked to keep them there so that they could be sacrificed.

«There are no signs that there had been human sacrifices here before that time», Martínez says. «But with the arrival of the Spaniards, there were suddenly 550 new people, all prisoners.»

The town also grew rapidly from the arrival of indigenous soldiers and priests from Tenochtitlán who turned it into a major religious center where human blood flowed in honor of the gods. The sudden and new significance of Zúltepec would also bring its downfall — razed to the ground by the Spaniards.

«What we found here has greatly enriched our knowledge of the moment of contact between the Spaniards and these indigenous peoples,» says Martínez.

The particular «moment» of contact at Zúltepec underscores that the conquistadors didn't always have it as easy as the history books can imply. The recent excavations show that even if history is written by the victors, the bones and artefacts left behind can still tell the other side of the story.