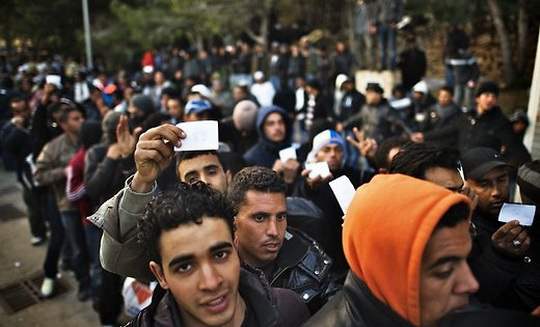 The European Union (EU) today approved a plan to share out 120,000 refugees across its 28 states, overriding vehement opposition from four ex-communist eastern nations. Diplomats said interior ministers meeting in the Belgian capital of Brussels had voted to launch the scheme, backed by Germany and other big powers, in order to tackle the continent's worst refugee crisis since World War II.

The minister from the Czech Republic tweeted that he had voted against, along with colleagues from Slovakia, Romania, and Hungary, with Finland abstaining.

Prague had earlier warned that any attempt to impose such a scheme would be unworkable and could end in «big ridicule» for governments and EU authorities.

«We will soon realize that the emperor has no clothes. Common sense lost today,» Czech Interior Minister Milan Chovanec tweeted after the vote.

Slovak Prime Minister Robert Fico said pushing through the quota system had «nonsensically» caused a deep rift over a highly sensitive issue and that, «as long as I am prime minister,» Slovakia would not implement a quota.

This year's influx of nearly half a million people fleeing war and poverty in the Middle East, Asia, and Africa has plunged the EU into disputes over border controls and bitter recriminations over how to share out responsibility.

«If we fail to find the right solution in the long term, the migrant crisis could truly threaten the existence of the EU. But I am not a pessimist, I believe that we will find joint measures,» Slovenian Prime Minister Miro Cerar told Reuters in an interview.

Eastern states with no tradition of integrating large numbers of Muslims are anxious about the impact on their societies and keen to avoid any signal that might encourage even more desperate people to set sail across the Mediterranean for Europe.

Ministers had hoped to achieve consensus at Tuesday's meeting rather than ramming through a vote in which the easterners would be in the minority, fearing this could further poison relations.

French Interior Minister Bernard Cazeneuve said the plan had been approved by a «crushing majority.» «This decision is testament to the capacity of Europe to take responsibility and progress,» he said. 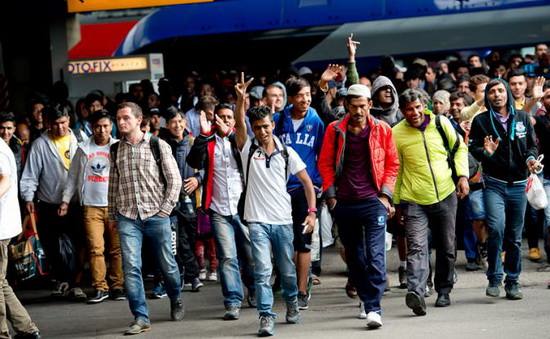 But a diplomat from one of the countries opposed to the plan described the atmosphere around the council table as «terrible,» adding: «This is a bad day for Europe.»

The UN refugee agency, the UNHCR, said the EU decision was an «important first step in a united European response to managing the refugee crisis.»

Spokesman Melissa Fleming added: «This must be coupled with the immediate creation or expansion of facilities in Greece and Italy to receive and assist large numbers of arriving refugees and migrants, and where people would be screened and identified for relocation.»

The 120,000 people the bloc is seeking to share out were equivalent to just 20 days' worth of arrivals at the current rate, Fleming said earlier.

Together with 40,000 covered in an earlier agreement, the European Commission said the EU was now in a position to relocate a total of 160,000 people «in clear need of international protection» in the next two years.

Refugees and migrants arriving in Greece and Italy have been streaming north across the continent to reach more affluent nations such as Germany, triggering disputes between governments in central and eastern Europe as they alternately try to block the flow or shunt the burden on to their neighbors.

Norway became the latest member of Europe's 26-nation Schengen area, where people can normally travel across frontiers without showing a passport, to say it would intensify border controls. 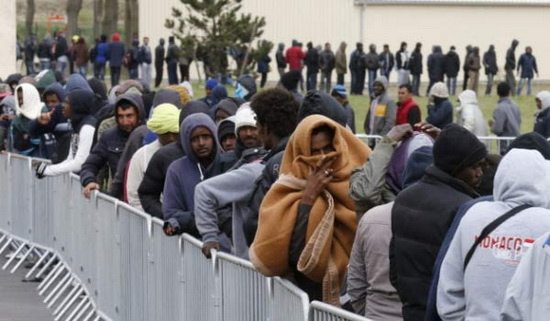 The Organization for Economic Co-operation and Development said Europe could expect a record 1 million people to request asylum this year, and almost half would probably qualify to be taken in.

In Germany, by far the most popular destination, the head of domestic intelligence said there was a big worry that radical Islamists living in the country could try to recruit young refugees «who could be easy prey.»

EU leaders will hold an emergency summit on Wednesday at which they want to focus on ramping up aid for Syrian refugees in Turkey and the rest of the Middle East and tightening control of the bloc's external frontiers.