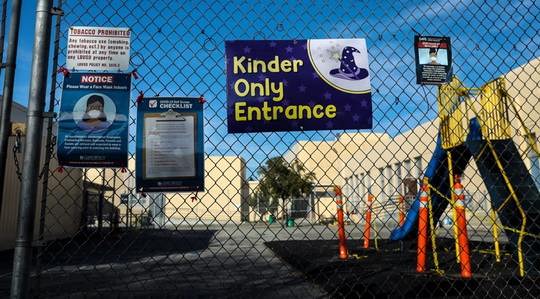 “Looking at the present, I see a more probable future: a new despotism creeping slowly across America. Faceless oligarchs sit at command posts of a corporate-government complex that has been slowly evolving over many decades. In efforts to enlarge their own powers and privileges, they are willing to have others suffer the intended or unintended consequences of their institutional or personal greed. For Americans, these consequences include chronic inflation, recurring recession, open and hidden unemployment, the poisoning of air, water, soil and bodies, and, more important, the subversion of our constitution.—Bertram Gross, Friendly Fascism: The New Face of Power in America

These acts of tyranny by an authoritarian government have long since ceased to alarm or unnerve us. We have become desensitized to government brutality, accustomed to government corruption, and unfazed by the government’s assaults on our freedoms.

This present trajectory is unsustainable. The center cannot hold.

The following danger points pose some of the greatest threats to our collective and individual freedoms now and in the year to come.

The most controversial issues of our day—gay rights, abortion, race, religion, sexuality, political correctness, police brutality, et al.—have become battlegrounds for those who claim to believe in freedom of speech but only when it favors the views and positions they support. Thus, while on paper, we are technically free to speak, in reality, we are only as free to speak as the government and tech giants such as Facebook, Google or YouTube may allow. Yet it’s a slippery slope from censoring so-called illegitimate ideas to silencing truth. What we are witnessing is the modern-day equivalent of book burning which involves doing away with dangerous ideas—legitimate or not—and the people who espouse them. Unfortunately, censorship is just the beginning. Once you allow the government and its corporate partners to determine who is worthy enough to participate in society, anything goes.

Now that the government has gotten a taste for flexing its police state powers by way of a bevy of lockdowns, mandates, restrictions, contact tracing programs, heightened surveillance, censorship, overcriminalization, etc., “we the people” may well find ourselves burdened with a Nanny State inclined to use its draconian pandemic powers to protect us from ourselves. Therein lies the danger of the government’s Machiavellian version of crisis management that justifies all manner of government tyranny in the so-called name of national security. This is the power grab hiding in plain sight.

The government is about to rapidly expand its policing efforts to focus on pre-crime and thought crimes. Precrime, straight out of the realm of dystopian science fiction movies such as Minority Report, aims to prevent crimes before they happen by combining widespread surveillance, behavior prediction technologies, data mining, precognitive technology, and neighborhood and family snitch programs to enable police to capture would-be criminals before they can do any damage. The intent, of course, is for the government to be all-seeing, all-knowing and all-powerful in its preemptive efforts to combat domestic extremism, a broad label that can be applied to anything or anyone the government perceives to be a threat to its power.

This all-seeing fourth branch of government, comprised of a domestic army of government snitches, spies and techno-warriors, watches everything we do, reads everything we write, listens to everything we say, and monitors everywhere we go. Beware of what you say, what you read, what you write, where you go, and with whom you communicate, because it is all being recorded, stored, and catalogued, and will be used against you eventually, at a time and place of the government’s choosing. Even agencies not traditionally associated with the intelligence community are part of the government’s growing network of snitches and spies.

“Guilt by association” has taken on new connotations in the technological age. Yet the debate over genetic privacy—and when one’s DNA becomes a public commodity outside the protection of the Fourth Amendment’s prohibition on warrantless searches and seizures—is really only beginning. Get ready, folks, because the government—helped along by Congress (which adopted legislation allowing police to collect and test DNA immediately following arrests), the courts (which have ruled that police can routinely take DNA samples from people who are arrested but not yet convicted of a crime), and local police agencies (which are chomping at the bit to acquire this new crime-fighting gadget)—has embarked on a diabolical campaign to create a nation of suspects predicated on a massive national DNA database.

It doesn’t matter what your trigger issue is—whether it’s vaccines, abortion, crime, religion, immigration, terrorism or some other overtly politicized touchstone used by politicians as a rallying cry for votes—we should all be concerned when governments and businesses (i.e., the Corporate State) join forces to compel individuals to sacrifice their right to bodily integrity on the altar of so-called safety and national security. This debate over bodily integrity covers broad territory, ranging from abortion and forced vaccines to biometric surveillance and basic healthcare. Forced vaccinations, forced cavity searches, forced colonoscopies, forced blood draws, forced breath-alcohol tests, forced DNA extractions, forced eye scans, and forced inclusion in biometric databases are just a few ways in which Americans continue to be reminded that we have no control over what happens to our bodies during an encounter with government officials.

After declaring more than a decade ago that citizens have a Second Amendment right to own a gun in one’s home for self-defense, the Supreme Court has now been tasked with deciding whether the Constitution also protects the right to carry a gun outside the home. Unfortunately, when it comes to gun rights in particular, and the rights of the citizenry overall, the U.S. government has adopted a “do what I say, not what I do” mindset. Nowhere is this double standard more evident than in the government’s attempts to arm itself to the teeth, all the while viewing as suspect anyone who dares to legally own a gun, let alone use one in self-defense. Indeed, while it still technically remains legal to own a firearm in America, possessing one can now get you pulled over, searched, arrested, subjected to all manner of surveillance, treated as a suspect without ever having committed a crime, shot at, and killed.

With every passing day, more and more private businesses and government agencies on both the state and federal level are requiring proof of a COVID-19 vaccination in order for individuals to work, travel, shop, attend school, and generally participate in the life of the country. By allowing government agents to establish a litmus test for individuals to be able to engage in commerce, movement and any other right that corresponds to life in a supposedly free society, it lays the groundwork for a “show me your papers” society in which you are required to identify yourself at any time to any government worker who demands it for any reason. Such tactics can quickly escalate into a power-grab that empowers government agents to force anyone and everyone to prove they are in compliance with every statute and regulation on the books.

Welcome to the Matrix (i.e. the metaverse), where reality is virtual, freedom is only as free as one’s technological overlords allow, and artificial intelligence is slowly rendering humanity unnecessary, inferior and obsolete. Indeed, it’s no coincidence that Elon Musk has announced his intentions of implanting brain chips in humans sometime in 2022. The digital universe—the metaverse—is expected to be the next step in our evolutionary transformation from a human-driven society to a technological one. Remaining singularly human and retaining your individuality and dominion over yourself—mind, body and soul—in the face of corporate and government technologies that aim to invade, intrude, monitor, manipulate and control us may be one of the greatest challenges before us.

Even in the face of militarism, fascism, technotyranny, surveillance, etc., the gravest threat facing us as a nation may well be despotism, exercised by a ruling class whose only allegiance is to power and money. The American kakistocracy (a government run by unprincipled career politicians and corporate thieves that panders to the worst vices in our nature and has little regard for the rights of the people) continues to suck the American people into a parallel universe in which the Constitution is meaningless, the government is all-powerful, and the citizenry are powerless to defend themselves against government agents who steal, spy, lie, plunder, kill, abuse and generally inflict mayhem and sow madness on everyone and everything in their sphere.

It is a grim outlook for a new year, but it is not completely hopeless.

If hope is to be found, it will be found with those of us who do their part, at their local levels, to right the wrongs and fix what is broken. I am referring to the builders, the thinkers, the helpers, the healers, the educators, the creators, the artists, the activists, the technicians, the food gatherers and distributors, and every other person who does their part to build up rather than destroy.

Until we can own that truth, until we can forge our own path back to a world in which freedom means something again, as I make clear in my book Battlefield America: The War on the American People and in its fictional counterpart The Erik Blair Diaries, we’re going to be stuck in this wormhole of populist anger, petty politics and destruction that is pitting us one against the other.

In such a scenario, no one wins.