Trump famously said that if he shot a person on 5th Ave, he still wouldn't lose any supporters. Shocking as it may be, he was quite right. Of course, on the other side, the damning evidence of Clinton corruption in the WikiLeaks emails didn't really sway any Hillary voters. 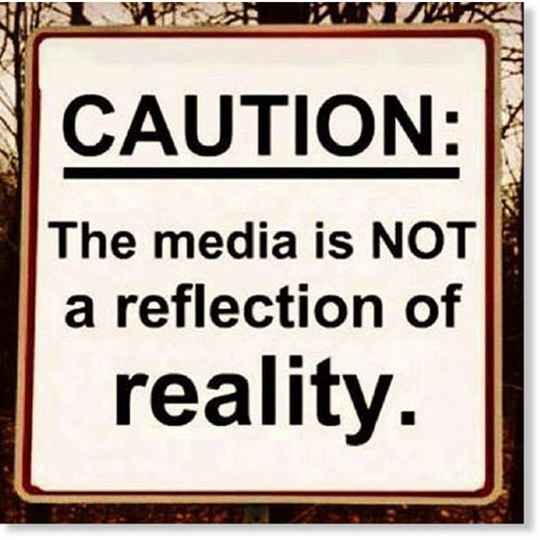 The reason is that the discourse in America has become extremely divisive and partisan. People live in their own ideological echo chambers where critical thinking doesn't exist. However, the problem goes beyond politics — this fact-free, stubborn, narcissistic, illogical and spin-loving attitude has become pervasive in every aspect of our society. The most dire challenge that America faces is not financial, geopolitical or environmental. It is the crisis due to the death of logic and objectivity.

Let's start with some examples in politics.

During the election: According to Trump and his supporters, the unemployment number was fake (since, based on labor participation rate, 38% of adults weren't working), GDP growth below 4% was horrible, monthly jobs growth under 300,000 was indicative of a recession, and the stock market was a big fat bubble!

After the election: Now, for Trump and his loyal supporters, official unemployment numbers are legit and awesome (even though the labor participation rate hasn't budged since 2016), GDP growth of 2.3% is a sign of a booming economy, average monthly jobs growth of 175,000 is amazing, and the stock market is a reflection of tremendous accomplishments by Trump (until it crashes).

As for the Democrats, Trump was a Nazi and a racist for wanting a wall — never mind that we already have had a wall in many parts of the US-Mexico border for a long time. Hillary supporters also refused to read the WikiLeaks emails and couldn't see anything suspicious about the Clinton Foundation, her private email server, or the deletion of 30,000+ emails. However, any accusation related to Russia interference or collusion was eagerly accepted at face value without any corroborating evidence — the Steele dossier being an obvious example. Louise Mensch and other trolls have millions of social media followers who thrive on their daily dose of shocking allegations, innuendos and claims that what they would like to be true, definitely is.

Thus we have a political environment where one half of the country is totally against the other. Democrats in Congress will automatically reject Republican ideas and vice versa. The result of this ideological fanaticism is gridlock, inefficiency and terrible legislation. It's hard to negotiate with an irrational person; it's almost impossible for two irrational people to negotiate.

The media is also caught in this ideological trap. On a given topic, one can almost always predict the viewpoint of MSNBC, Fox News, Washington Post or Breitbart. Long gone are the days when one could expect objectivity and neutrality from the media.

We have become a society of relentless spinning. Everyone works backward — start with the conclusion and twist logic like a pretzel to make it true. Every logical fallacy in the book gets deployed. Let's take a look at some of them:

One of the most commonly used tools is «what about-ism». Bring up Islamic terrorism, and someone will counter with, «what about domestic terrorism by whites?»

Cherry-picking or selective use of facts and data. «We added 2 million jobs last year» may ignore the fact that many of them are part-time or temp jobs.

Ideological filters are powerful tools to reject truth and facts. «I don't believe anything from Breitbart» or «I reject anything that might be considered socialist.»

Exaggeration and distortion are powerful tools to fool ourselves and others. «Iran wants to annihilate Israel» is over-the-top; and «Putin annexed Crimea» ignores the fact Crimea had a referendum and willingly joined Russia (and there's much more behind this drama).

Slogans and catch phrases stand in for truth. Whether it's tax cuts or global warming or how to lose weight, people are programmed to instinctively react to buzz words and phrases, while eschewing deeper analysis. The ubiquitous American desire for quick solutions causes more problems in the end.

Sensationalism has become a powerful propaganda tool. News media rely on it for advertisement revenue; public figures use it to boost their popularity or to get votes; and people use it to convince themselves of their own views. This is also similar to people screaming or using expletives to make their points.

Flip-flopping has become an art. Listen to Bill Clinton, Obama or other leading Democrats a few years ago, and they spoke strongly against illegal immigration. Now it's a complete reversal. Trump supporters constantly complained that Obama commanded no respect from other nations. But now that Trump's rating around the world is abysmal, the new argument is, «Who cares what the world thinks?»

The bigger problem is that all these attributes aren't limited to politics and, in fact, have permeated every aspect of our society. In the legal system, lawyers constantly use these tactics to argue their cases — in fact, such a clever lawyer is admired. Even the judges at the highest levels are driven by ideology — that's why Obama and Trump have very different choices for the US Supreme Court. Logic and law are distorted to arrive at predetermined conclusions.

In sales and marketing, nobody can succeed without spinning and exaggerating. Obviously, being factual and objective is a death sentence for a career in those areas.

Foreign policy is replete with spins, exaggerations and blatant lies. Want to attack Iraq? Let's exaggerate Saddam's links to Al Qaeda and WMD. Bring fake witnesses who cry about babies in incubators murdered by Saddam's soldiers, forge papers to show the sale of Uranium from Niger to Iraq, plant stories in the New York Times and then use them to bolster your case on Sunday shows. Similarly, if we want to arm Al Qaeda in Syria, we just call them «moderate rebels» — a simple marketing tactic that solves a sticky problem. Have you ever heard US politicians or corporate media talk about waging wars for profits, imperialism or natural resources? No, it's always about freedom and democracy! When trillions of dollars are at stake, deception becomes an integral part of foreign policy and perpetual wars.

The spin culture has also spread into science and medicine. GMOs are always marketed in terms of higher yield or cheap food, while it's really about profits and, more importantly, controlling people and nations. Vaccines are blindly accepted by people who fall for the slogan, «Safe and Effective.» The billions of dollars of annual profit in the vaccine industry and the revolving door between Big Pharma and bureaucracies such as the CDC are ignored by the masses.

Big Pharma repackages old medicines with insignificant changes in order to get new patents that will justify higher prices. OxyContin's 12-hour pain reliever was a marketing scam, but the lies brought in billions of dollars. Scientists fudge the data for clinical trials, and regardless of how many times Big Pharma gets caught for fraud, people's faith remains undeterred. Even global warming is full of sensationalism, wild conjectures and over-confident claims when there are too many overlooked known and unknown variables. The nerdiest scientist is as vulnerable to groupthink, peer pressure and temptations of fame and fortune as the sleazy politician on CNN.

Our financial system is controlled by a private Federal Reserve Bank, which has created a Ponzi scheme fueled by unsustainable debt and inflation. However, the elites keep spinning about prosperity and growth. Propagandists on CNBC and other financial media are paid to blow up bubbles all day long. When the bubbles burst, they will look you in the eye and will tell you that no one could have seen it coming.

All these problems have arisen because deception has become a way of life and we don't have the patience (or sometimes the skill) to think critically and objectively. It's as if the movie Idiocracy or the TV show Jerry Springer has become the new reality. More than 2000 years ago, Socrates taught Greeks how to think rationally and logically, but somewhere along the way, we lost it. This crisis is solvable, but it requires a deliberate shift in our thinking and behavior.